Antique Map of Asia by Quad titled ‘ASIA/PARTIV OR/BIS MAXIMA/MDXCVIII’.┬ĀScarce late 16th century old colour German map of Asia by Matthed (Matthias) Quad (1557 – 1613) a Dutch geographer, humanist and engraver, who studied in Heidelberg and settled in Cologne before 1587 and returned to Cologne in 1600. Matthias Quad was the most prolific member of the ŌĆ£Cologne School of CartographyŌĆØ, a renaissance of Dutch mapmaking which began in 1570 when large numbers of Dutch geographers and engravers came to Cologne seeking refuge from religious and political persecution. Dated 1598 and published by Johann Bussemachaer (fl. 1580 ŌĆō 1613) cartographer, engraver and printer of Cologne in the third edtion of Quad’s Atlas Geographische. The map is an interesting mix of good and bad cartographic information of the time. There is no Korean Peninsula and Japan is odd shaped, as are most of the islands of southeast Asia. The Caspian Sea is mis-orientated and Lake Chiama is postulated as the source of southeast asia rivers. Many cities are shown including Sincapura and Jakarta as ŌĆ£SundacalapaŌĆØ. 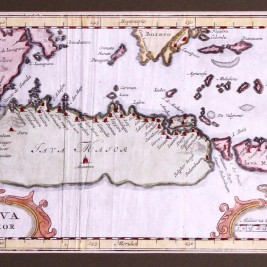 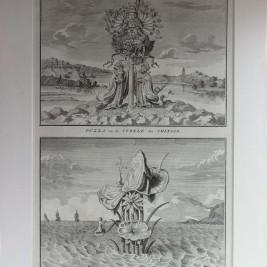 Antique Prints, Figures and Portraits, Religion
Antique print of┬ĀPuzza, Sibyl of China and Puzza sitting on a Lotus flower.┬ĀThis print originates from┬Ā┬ĀŌĆśCeremonies et coutumes ReligieusesŌĆÖ by A. Moubach.┬ĀIt was the most elaborate history of world religion published up to that time.... 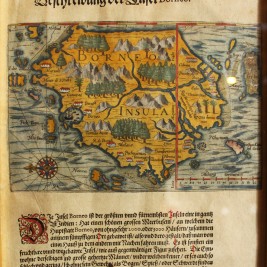 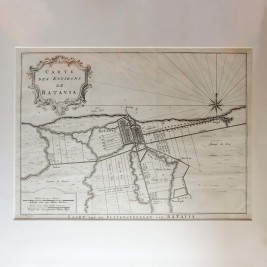 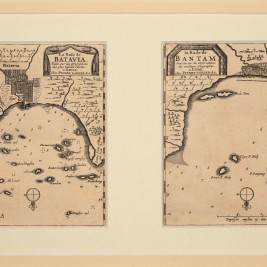 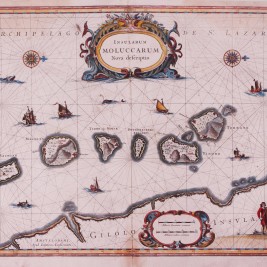 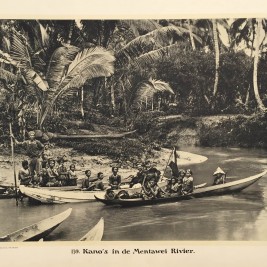 Antique Prints, Asia, Kleynenberg
No. 139┬ĀKanoŌĆÖs in de Mentawei Rivier. Antique print depicting Canoes in the Mentawai river.┬ĀThis photograph depicting the Dutch East Indies were originally published as part of an information series for school children. It consisted of... 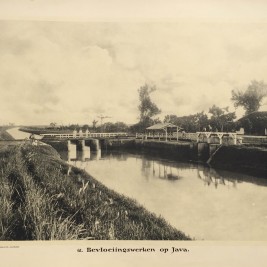 Antique Prints, Asia, Kleynenberg
No. 61 Bevloeiingswerken op Java. Antique print of irrigation on Java. This photograph depicting the Dutch East Indies were originally published as part of an information series for school children. It consisted of 170 educational... 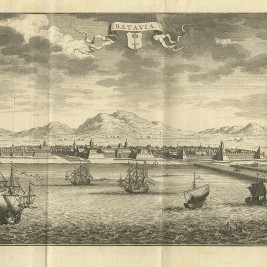 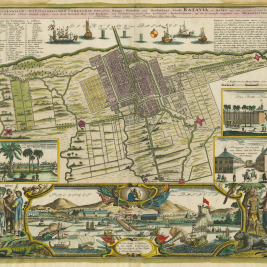