A rare early 17th century black and white print showing a marriage and wedding ceremony in the City of Bantam, West Java by the German engraver and bookseller Theodore De Bry who, in 1598, published the Peregrinationum in Indiam Oriental et Indiam Occidentales, a book of early 16th century voyages and travels. There are two distinct series: the first, the Grand Voyages, published in 1590 covering North and South America, and so-called because its pages are taller and wider than the second, which is called the Petits Voyages â€“ published in 1598 and covering the travels in the East Indies and arctic regions. This print is probably derived from the 1601 German edition of the Petits Voyages.

Very good overall condition apart from one small rust spot on the right-hand side of the print, measures 255 x 185 mm.
Purchase Code:Â P0189 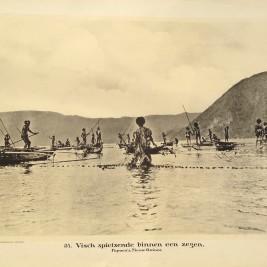 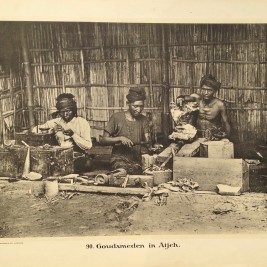 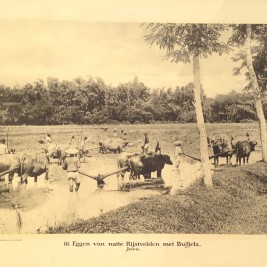 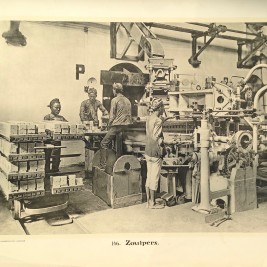 Antique Prints, Asia, Kleynenberg
No 146. Zoutpers. Salt, a precious commodity controlled by a Dutch government monopoly, was extracted from the sea through drying processes and still is in many parts Indonesian archipelago. Using salt presses, ( image )... 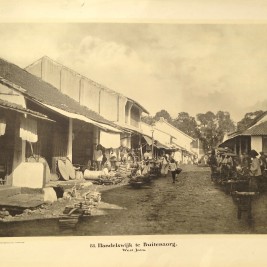 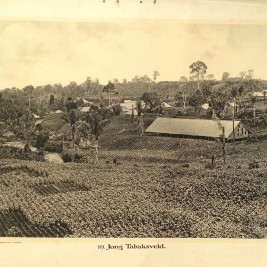 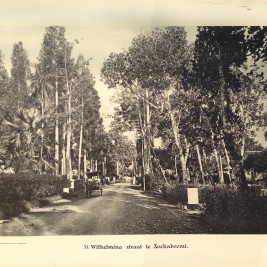 Antique Prints, Asia, Kleynenberg
No 55. Wilhelmina Straat te Soekaboemi Antique print of the Wilhelmina street in Sukabumi, Java.Â  This photograph depicting the Dutch East Indies was originally published as part of an information series for school children. It... 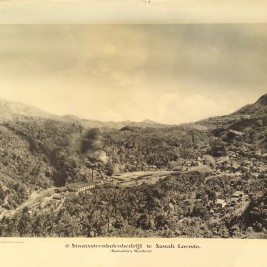 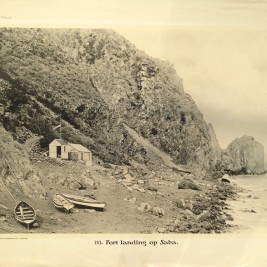 Antique Prints, Asia, Kleynenberg
No. 153Â Fort-Landing op Saba. Antique print depicting the landing on Saba, Caribbean.Â This photograph, depicting the Dutch East Indies, was originally published as part of an information series for school children. It consisted of 170 educational... 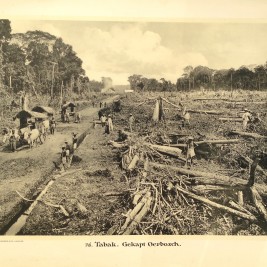 Antique Prints, Asia, Kleynenberg
No 148. Tabak. Gekapt Oerbosch. Antique print depicting the cutting of primeval forest for the tobacco industry. This photograph depicting the Dutch East Indies was originally published as part of an information series for school...