An attractive hand coloured so called optical print of the old Batavia. Published by the well-known Paris publisher Daumont after a design of Jan van Ryne in 1754. Van Ryne was born in the Netherlands, but spent most of his professional life in London, where he specialized in the production of engravings of scenes of British and Dutch colonies.Â Located at the mouth of the River Ciliwung, Jakarta was the site of a colony and a port that dates back perhaps to the fifth century AD In 1619 the Dutch took and razed the existing city of Jayakerta (meaning “glorious fortress” in Sundanese) and built the walled city of Batavia, which became the capital of the V.O.C.

Perspective viewsÂ (vues dâoptique)Â were a special type of popular print published in Europe in the 18thÂ century. These prints provided a form of entertainment when viewed through a device called an âoptical machineâ or âoptiqueâ, a forerunner of the modern slide projector. The most characteristic feature of the perspective views is their emphasized linear perspective, done to intensify further the enhanced appearance of depth and the illusion of space in the prints when viewed through anÂ optique.Â Another attribute of these prints is their bright, often crude hand colouring, applied boldly so as to show the tints when viewed through the lens.

Antique Maps, Plans & Charts, Asia, Indonesia, Southeast Asia
Antique Map of the East Indies by Bowen titled ‘An ACCURATE MAP of theÂ EAST INDIESÂ Laid down from the beftÂ Authorities By Eman: BowenÂ Geog.rÂ to His Majesty’. A small copper engraved map of India, Southeast Asia and the... 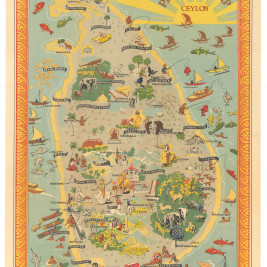 Bartele Gallery, founded in 2009, is located in the Mandarin Oriental Hotel, Thamrin (Jakarta). Even if youâre not looking to buy, it's fascinating to research or just browse our endless collection. In 2014, a second antique map store opened in Langweer (Friesland, The Netherlands), with a broad range of historical maps and prints, mainly focused on Friesland. In 2018, a second Dutch antique map store opened in Sneek.