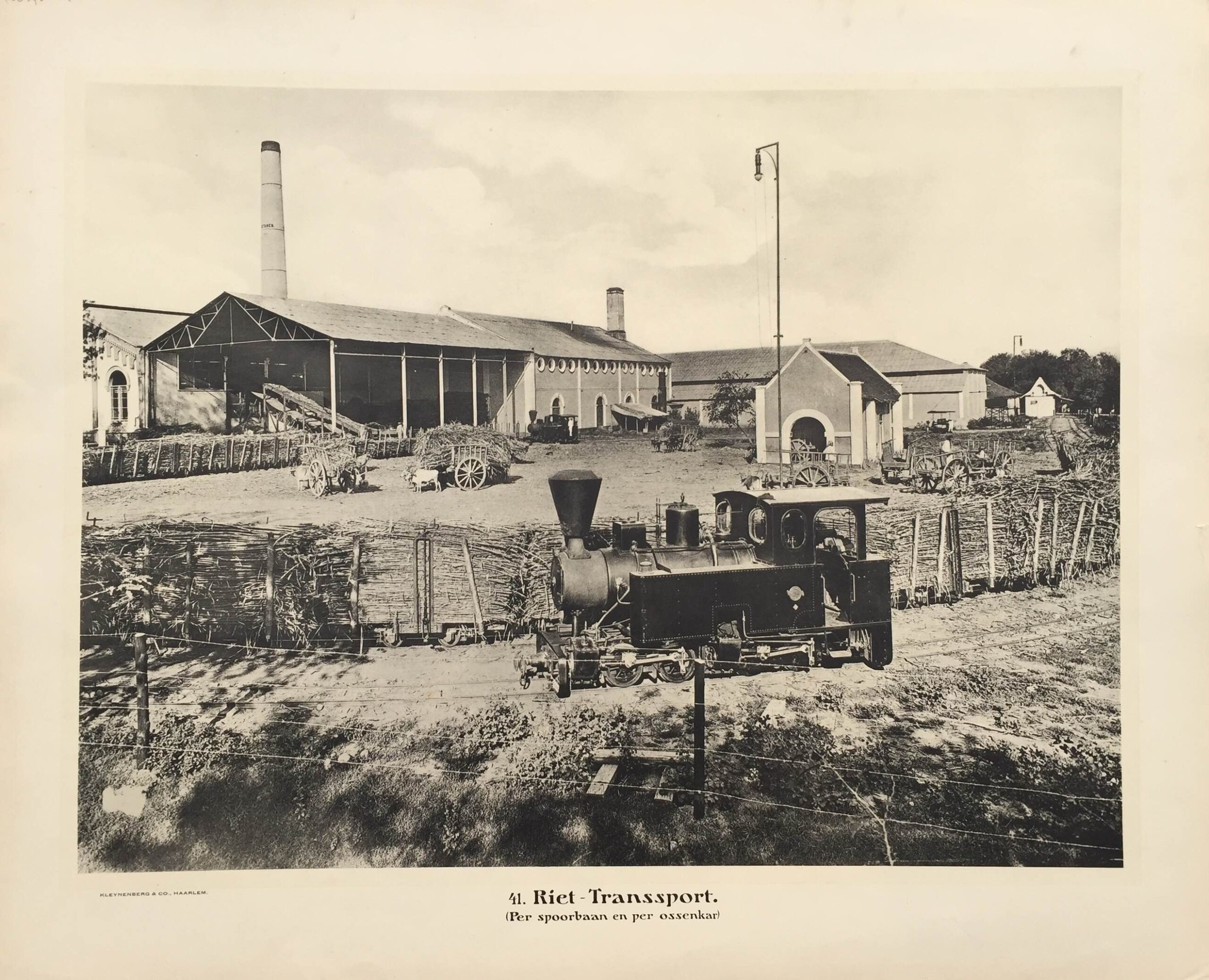 More than 1.33 million tons of sugarcane were produced in the Netherlands Indies in 1911, all of it in Java.  In the plate, the stalks are being transported to the factory by train.