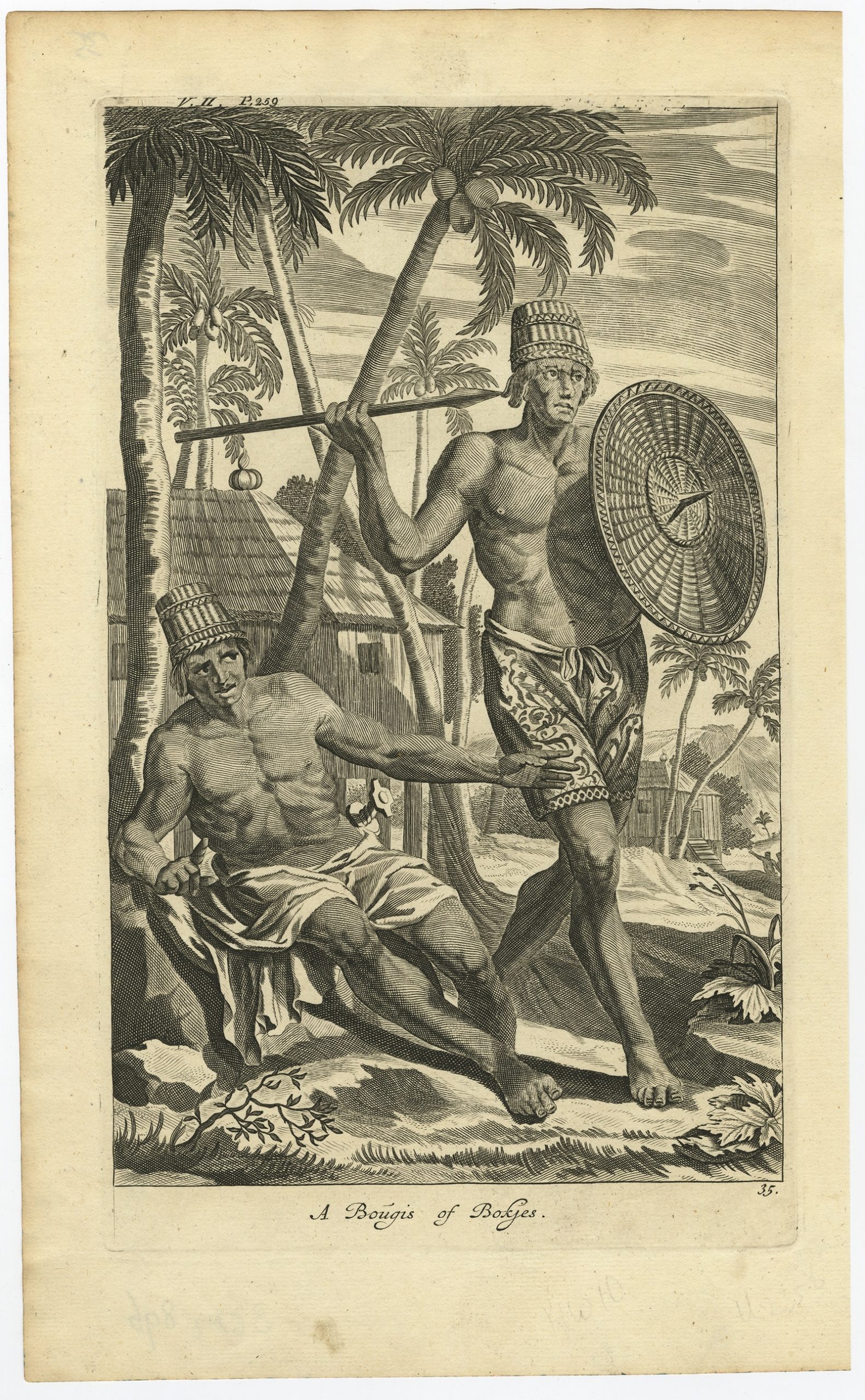 Description: Antique print, titled: ‘A Bougis of Bokjes’ – This plate shows Buginese people near Batavia, East Indies, Indonesia. The Buginese people are an ethnic group – the most numerous of the three major linguistic and ethnic groups of South Sulawesi, in the southwestern province of Sulawesi, third largest island of Indonesia. Drawn to accompany J. Nieuhof’s account of his travel in the east indies. Johan Nieuhof (1618-1672) was a Dutch traveller who wrote about his journeys to Brazil, China, India and the East Indies. His notes and illustrations were published in Dutch by Jacob van Meurs in 1665 and this English edition was published in ‘Churchill’s Voyages and Travels’ (3rd edition 1744).

Artists and Engravers: Made by ‘Philip Baldaeus’ after an anonymous artist. Author: Philip Baldaeus (1632-1672). Father Philippus Baldaeus, Baelde or Philip Balde (October 1632, Delft – 1672, Geervliet) was a Dutch minister. He went to Jaffna, Ceylon with an invading Dutch force during 17th Century. As the first European he documented the life, language and culture of Tamil people, living in the north of the island. It is a great historical record, similar to Mahawamsa, and it was immediately published in Dutch and German (with many beautiful plates). Some plates in this work signed G. Appelmans fe., being the engraver.