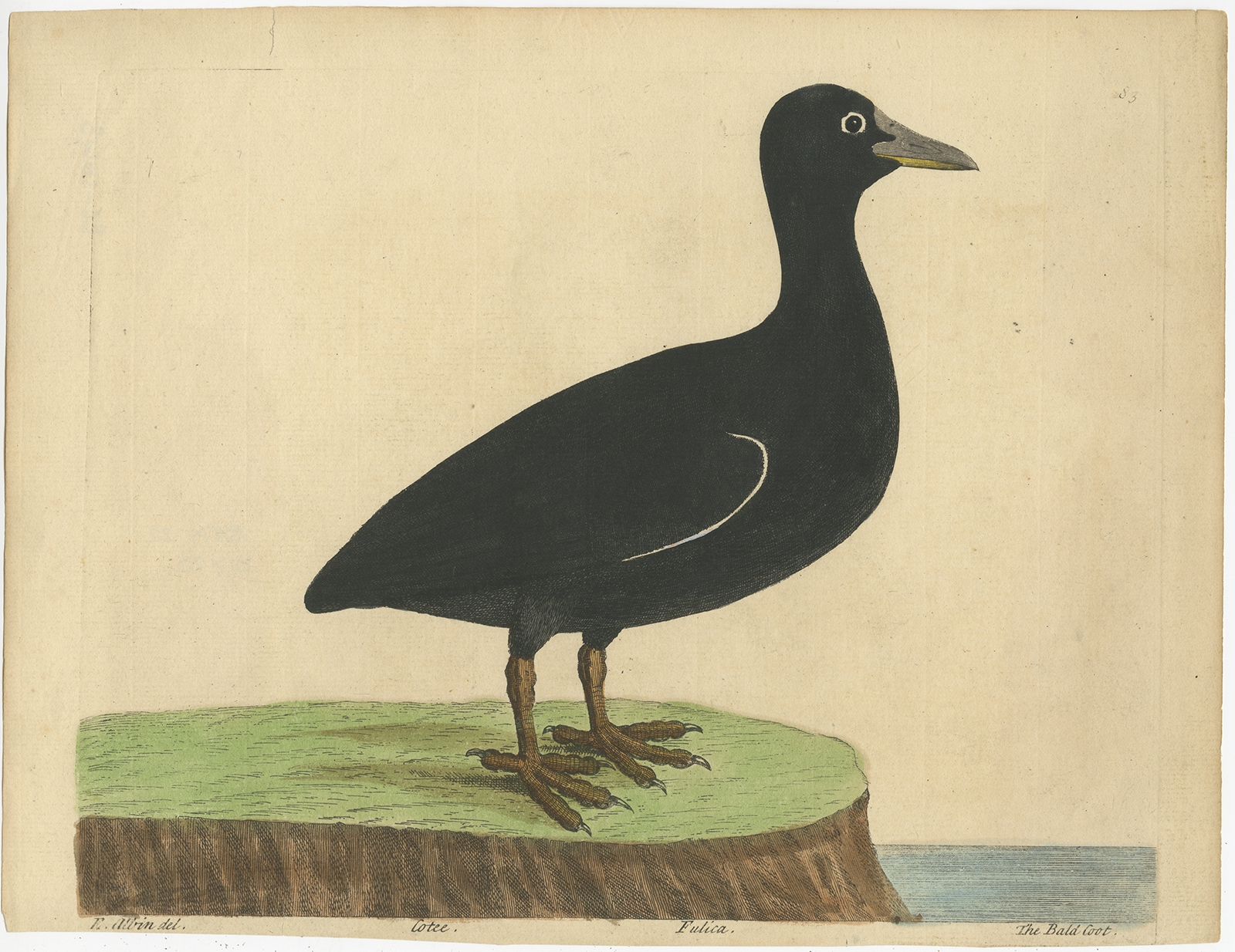 Antique Bird Print of the Eurasian Coot by Albin (c.1738)

Description: Antique print titled ‘Cotee – Fulica’. Old bird print of the Eurasian coot. The Eurasian coot (Fulica atra), also known as the common coot, or Australian coot, is a member of the rail and crake bird family, the Rallidae. It is largely black except for the white frontal shield (which gave rise to the phrase ‘as bald as a coot’, in use as early as 1430). This print originates from ‘The Natural History of Birds’ by E. Albin. This is the rarest and most highly prized of Albin’s works as it was hand coloured entirely by Albin and his daughter, Elizabeth. There were only 89 sets published.