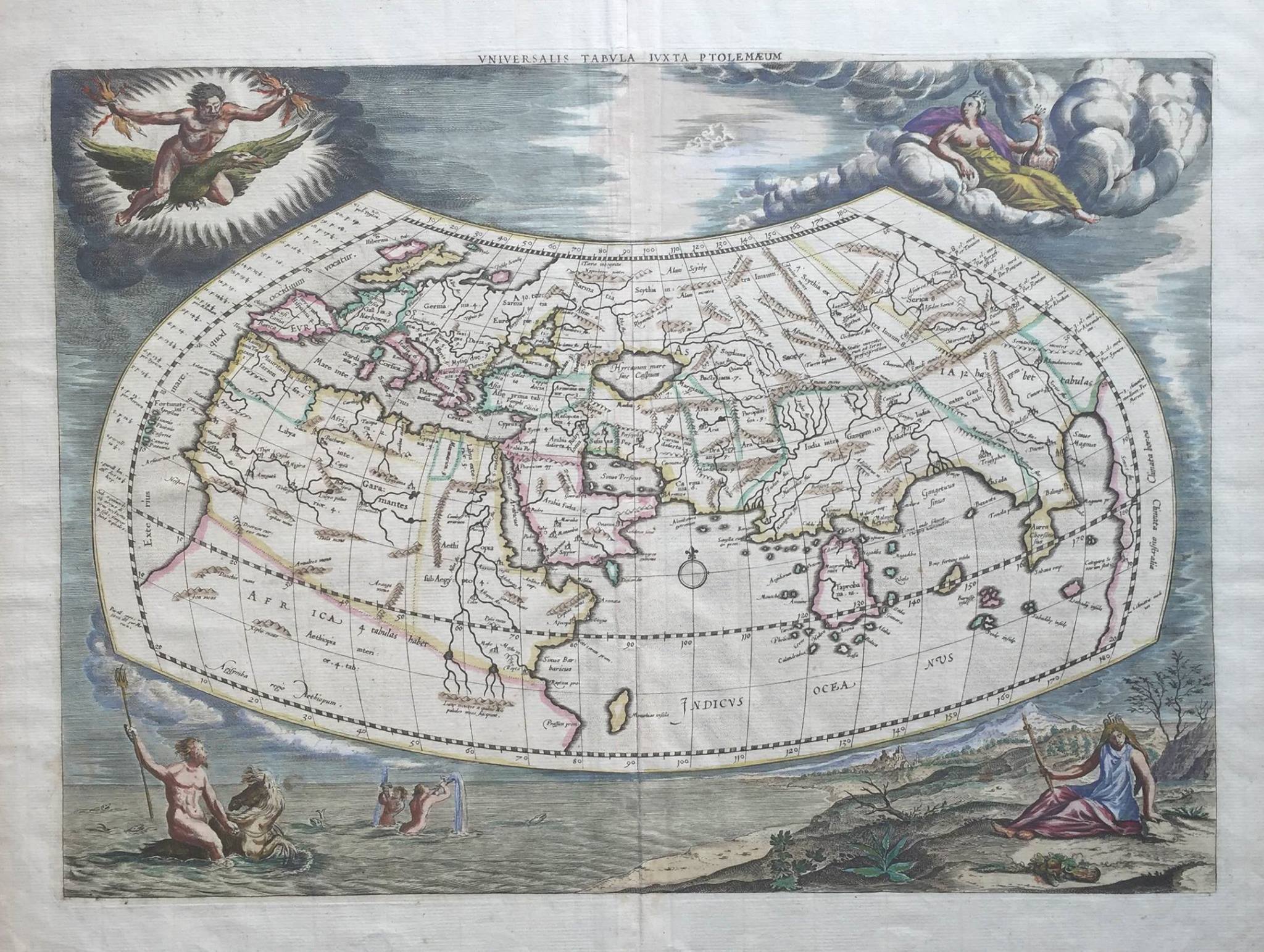 Antique map ancient world by Ptolemy. An attractive early 18th century map of the ancient world according to Claudius Ptolemy in original hand colour from Gerard Mercator’s 1578 map of the world based upon the writings of Claudius Ptolemy, the Alexandrine historian, geographer and founder of modern cartography published in Mercator’s Tabulae geographicae CI. Ptolemaei ad mentera autoris restitutae et emendate per G. Mercatorem in 1730. The first edition was published 1578 with subsequent editions in 1584 (Cologne), 1605 (Frankfurt and Amsterdam), 1618-1619 (Leiden and Amsterdam), 1695, 1698, 1704 (Amsterdam) and 1730 (Amsterdam). This is the second early 18th century state of the map and has had the borders re-engraved with a frieze of allegorical figures representing the four elements: fire (Zeus), air (Hera), water (Neptune) and earth (Gaia) rather than the strap work and wind head border of earlier editions. The map includes a massive Taprobana (modern-day Sri Lanka) in the Indian Ocean, the Indian Sub-continent is severely truncated and the Indian Ocean is land-locked in line with Ptolemaic tradition.

While Mercator is best known for his modern maps and the map projection that bears his name, one of his life’s goals was to produce his own version of Ptolemy’s Geographia. As a second installment of his Atlas sive Cosmographia …, Mercator published an authentic version of Ptolemy’s seminal work. To understand the present, Mercator believed one had to appreciate the past. Overall condition good apart from some creasing along the centre-fold and slight age-toning of the paper in the margins.