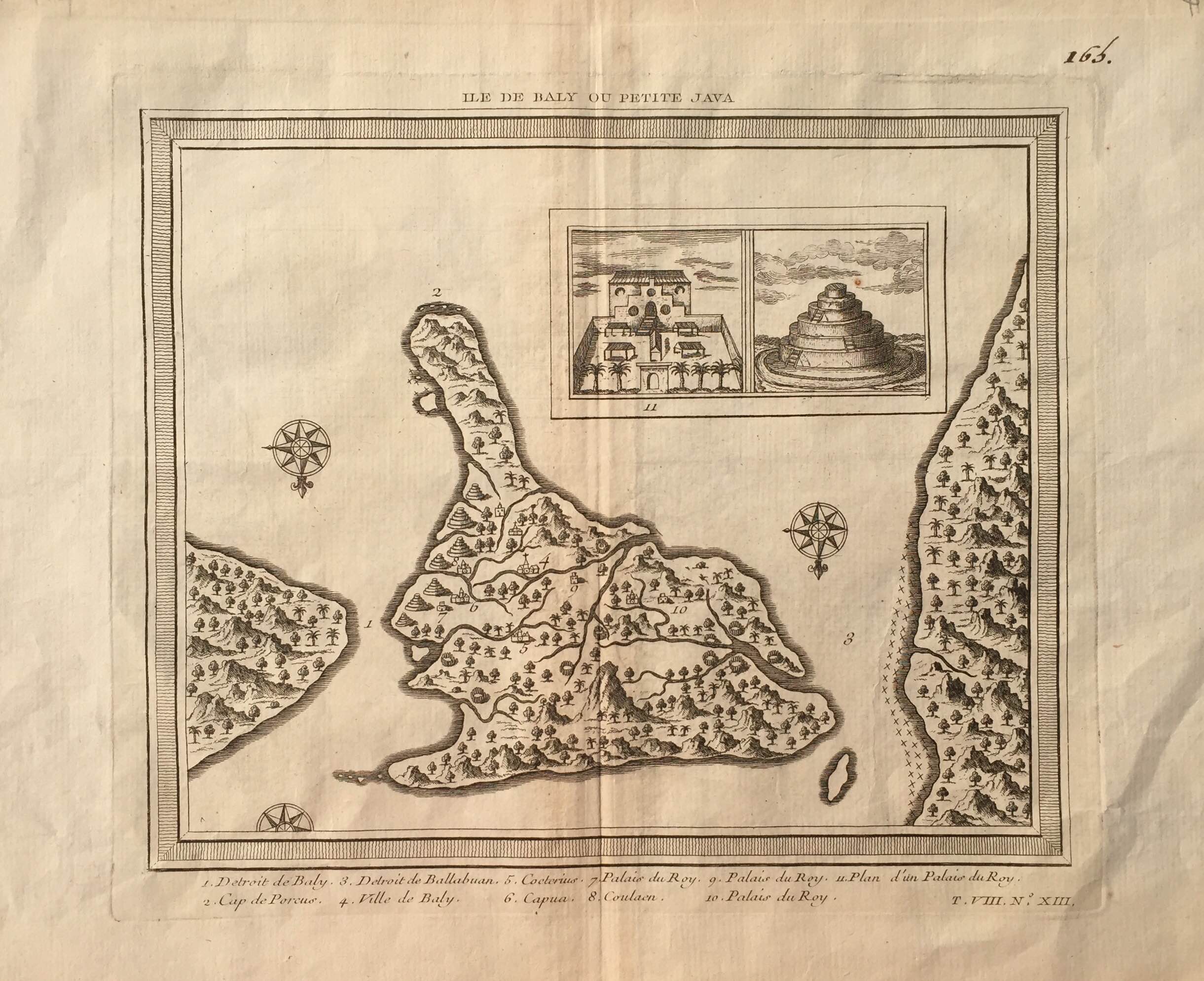 An attractive mid-18th black and white map of Bali showing, with a numeric key, the palaces of the King. The map is based on a much earlier map of Bali published in the early 17th century by Theodore De Bry in an edition of the Petits Voyages that was, in turn, based on the earlier map of Bali compiled by Willem Lodewijcksz, a member of Cornelius de Houtman’s pioneering voyage to the East Indies in 1595-97. Most of the subsequent maps of Bali produced by cartographers over the next two centuries are based on the Lodewijcksz map. This map of Bali is oriented with south at the top, was engraved by Jacob van der Schley (1715-1779) Louise Tardieu, a member of the large Tardieu family of French 18th century engravers who used a confusing range of signatures for their work. Louise appears to be the only female engraver in the family. The map published in Histoire générales des Voyages in the mid – late 18th century.