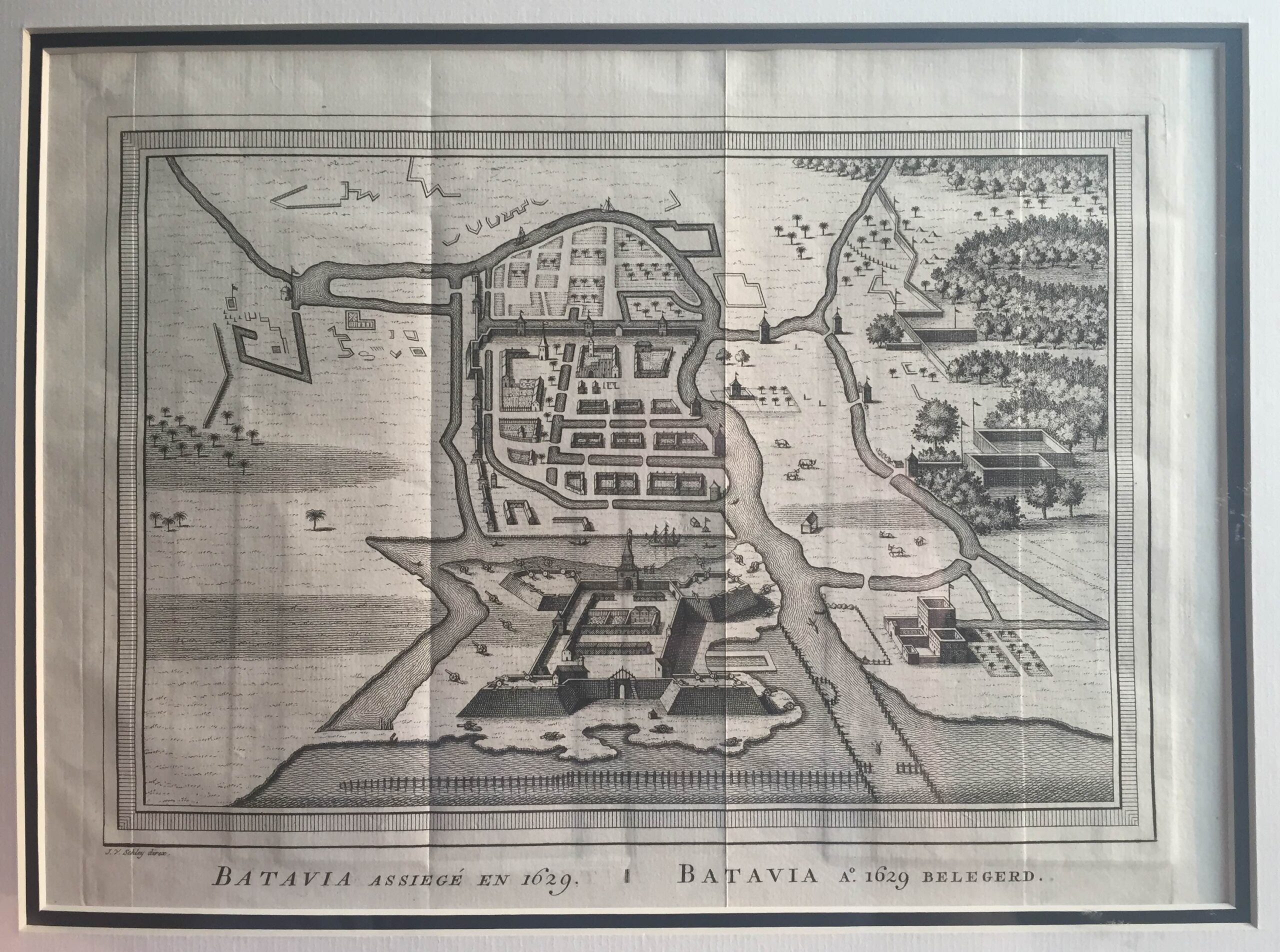 A mid-18th century French black and white plan of Batavia as it appeared in 1629 engraved by Jacob van der Schley (1715-1779) and compiled by Jacques-Nicolas Bellin (1703-1772), who spent more than 50 years at the French Hydrographic Service where he was appointed the first Ingénieur hydrographe de la Marine and was commissioned to carry out new surveys, first of the coasts of France and then of all the known coasts of the world. This plan is from Antoine Prévost d’Exile’s Historie générale des Voyages published in Paris between 1746 and 1770 and for which Bellin was the cartographer.