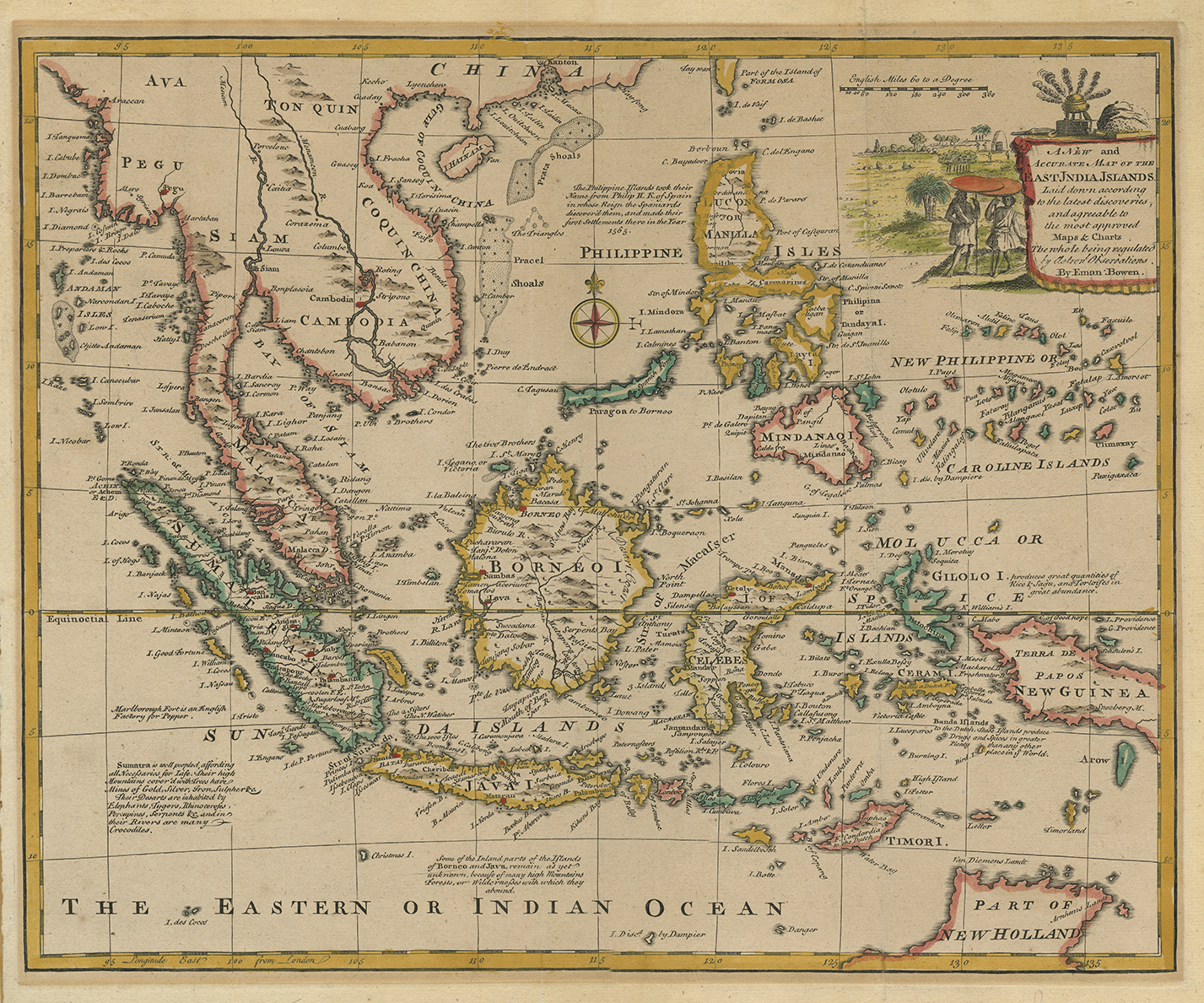 Antique Map East Indies by Bowen titled ‘A New and Accurate Map of the East India Islands, Laid down according to the latest discoveries (..)’.

English map of South East Asia, the Philippines and part of Australia, with a compass rose and illustrated title cartouche depicting natives under umbrellas and an incense burner amongst heaps of spices. Published in London round 1744-52 by Emanuel Bowen, (1694?–1767) a English map engraver, who worked for George II of England and Louis XV of France as a geographer.

One of his earliest engraved works, Britannia Depicta, published in 1720, contained over two hundred road maps together with a miniature county map of each of the counties of England and Wales. It was an unusual feature of the atlas that the maps were engraved on both sides of each page, and this resulted in a handier-sized book.

He also issued with John Owen a book of road maps based, as was usual at the time, on John Ogilby but again incorporating his own style of historical and heraldic detail. In spite of his royal appointments and apparent prosperity he died in poverty and his son, who carried on the business, was no more fortunate and died in a Clerkenwell workhouse in 1790. He published “A Complete System of Geography, 1744-7; an ‘English Atlas, with a new set of maps,’ 1745(?); a ‘Complete Atlas … in sixty-eight Maps,’ 1752; ‘Atlas Minimus; or a new set of Pocket Maps,’ 1758; and a series of separate maps of the English counties, of Germany, Asia Minor, and Persia, between 1736 and 1776.