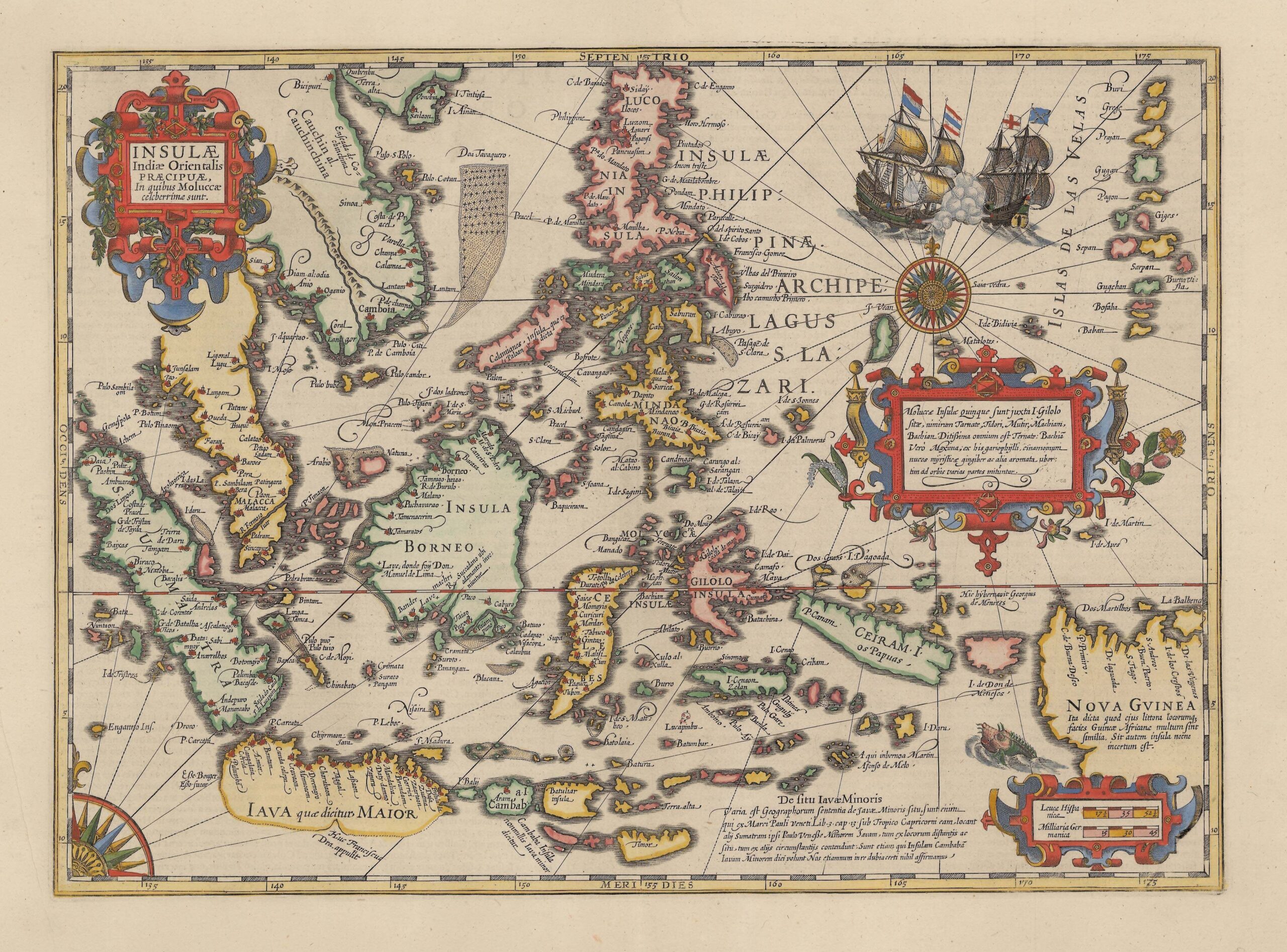 These atlases entitled Atlas sive Cosmographicae Meditationes de fabrica Mundi et Fabricati Figure, are generally known as the Mercator/Hondius series. This imprint is from the 1623 Latin edition with the signature ‘Bbbbbbbb’ on the verso (Ref. Koeman, Vol. II, Me 27A, page 333). The map shows the whole region from the Malay Peninsula to New Guinea with the Spice Islands central, and is closely modelled on Petrus Plancius’ Insulae Moluccae published in Linschoten’s Itinerario ten years earlier. The map is well balanced and beautifully engraved with rich strap work, cartouches, an array of compass spurs, sea monsters and embattled galleons, but the geography of the East Indian Islands is no improvement on that of Linschoten and De Bry of a decade earlier. In addition its aesthetic appeal, it is also noteworthy for being one of the few maps to show evidence of Francis Drake’s presence in Southeast Asia during his circumnavigation of the globe in 1577-80. Drake made a landfall on the southern coast of Java, probably in the vicinity of Cilacap and Hondius draws the little known southern coast as a dotted line, save for the presumed point of Drake’s supposed landing which is marked ‘Huc Franciscus Dra. Appulit (here Francis Drake landed).

The map is in good condition but has been professionally cleaned and coloured; wide margins and thick paper; measures 343 x 476 mm.