HomeAntique Maps, Plans & ChartsAsiaAntique Map Java, Sumatra and Borneo by Bellin (c.1747) – SOLD
View cart “Antique Map of part of the East Indies by Dornseiffen (1902)” has been added to your cart. 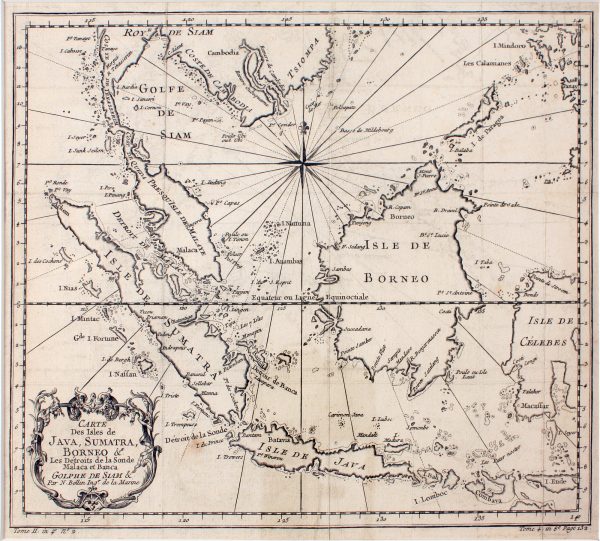 A mid-18th century French black and white map of Indonesia by Jacques-Nicolas Bellin (1703-1772), who spent more than 50 years at the French Hydrographic Service where he was appointed the first Ingénieur hydrographe de la Marine and was commissioned to carry out new surveys, first of the coasts of France and then of all the known coasts of the world. The map was published in the Petit atlas maritime in 1764. The map is identical to the one produced by Bellin for A.F. Prévost’s Histoire générales des Voyages in Paris between 1747 and 1775.