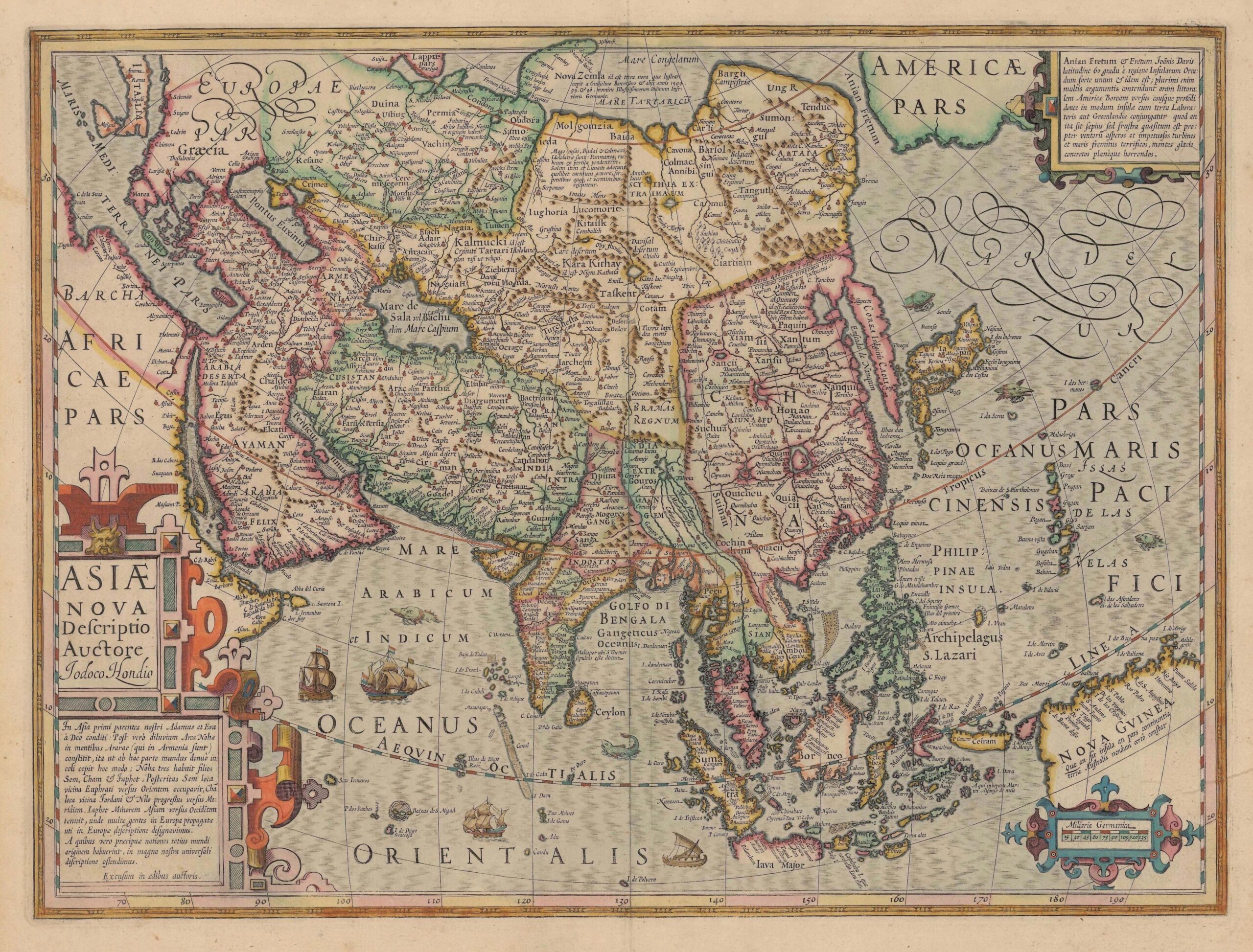 A rare and much sought-after early 17th century map of Asia in original colour by the great Dutch engraver and map publisher Jodocus Hondius (1563-1612), who worked with many of the most prominent cartographers and publishers of maps at the end of the 16th century and the beginning of the 17th century. In 1604 he bought the plates of Mercator’s Atlas which, in spite of its excellence, had not competed successfully with Abraham Ortelius’ Theatrum Orbis Terrarum. In order to meet this competition Hondius added 37 new maps including one of the Asian continent – Asiae nova Descriptio …) and from 1606 published enlarged editions of the so-called Mercator/Hondius Atlas sive Cosmographicae mediations de fabrica Mundi et Fabricati Figura …

This map, with the signature ‘Qqqqqqq’ on the verso (which contains no text), comes from a Latin edition of the Atlas … published in 1623 (Ref. Koeman Vol. II, Me27A, page 333). This new general delineation of Asia was to become the standard delineation of the region for the next 20 years. It features an elaborate strapwork title cartouche and is embellished with ships, sea creatures and text panels. Hondius included a number of updates on the map with Korea being shown as an island and Japan is shown as three principal islands. The geography of the East Indian Islands is based on the Portuguese sources revealed in Linschoten’s Itinerario (1596) and Theodore De Bry’s Petit Voyages (1598-99. Java is shown with an incomplete southern coastline and New Guinea, which is marked with Spanish place names following, has an accompanying note in Latin stating; “Whether this is an island or part of the continent of Terra Australia has not yet been identified.”