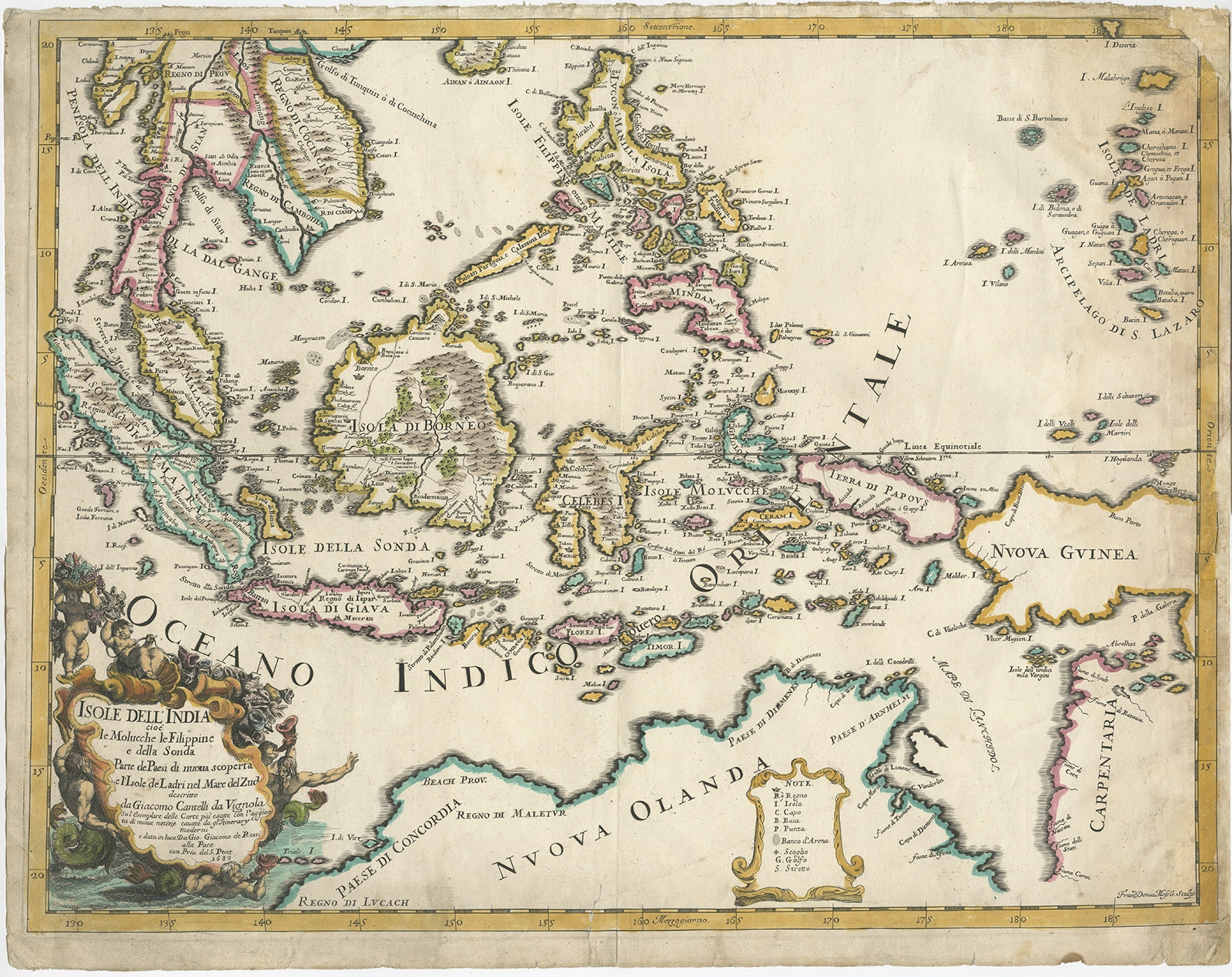 Artists and Engravers: Giacomo Giovanni Rossi (1627-1691) was an Italian engraver and printer. He worked in Rome, the heir to an important printing business founded by his father, Giuseppe de Rossi (1570-1639). Giuseppe began the press in 1633 and Giovanni and his brother, Giandomenico (1619-1653) took it over upon his death. The brothers expanded the business and by the mid-seventeenth century it was the best-known printing house in Rome. For his maps, Giovanni worked with Giacomo Cantelli da Vignola.