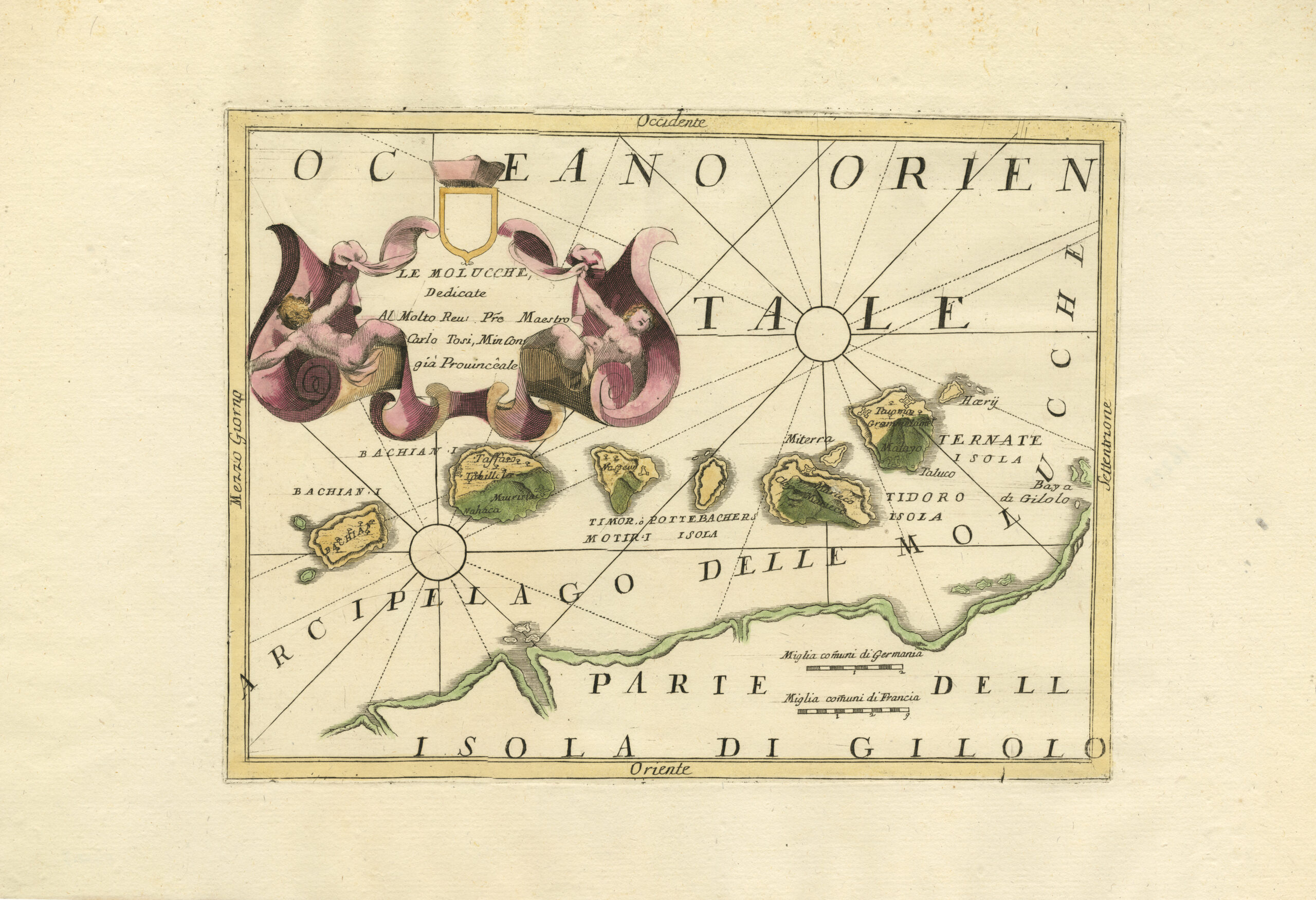 Vincenzo Coronelli (August 16, 1650 – December 9, 1718) was a Franciscan friar, cosmographer, cartographer, publisher, and encyclopedist known in particular for his atlases and globes. He spent most of his life in Venice.

Vincenzo Coronelli was born, probably in Venice, August 16, 1650, the fifth child of a Venetian tailor named Maffio Coronelli. At ten, young Vincenzo was sent to the city of Ravenna and was apprenticed to a xylographer. In 1663 he was accepted into the Conventual Franciscans, becoming a novice in 1665. At age sixteen he published the first of his one hundred forty separate works. In 1671 he entered the Convent of Saint Maria Gloriosa dei Frari in Venice, and in 1672 Coronelli was sent by the order to the College of Saint Bonaventura and Saints Apostoli in Rome where he earned his doctor’s degree in theology in 1674. He excelled in the study of both astronomy and Euclid. A little before 1678, Coronelli began working as a geographer and was commissioned to make a set of terrestrial and celestial globes for Ranuccio II Farnese, Duke of Parma. Each finely crafted globe was five feet in diameter (c. 175 cm) and so impressed the Duke that he made Coronelli his theologian. Coronelli’s renown as a theologian grew and in 1699 he was appointed Father General of the Franciscan order.