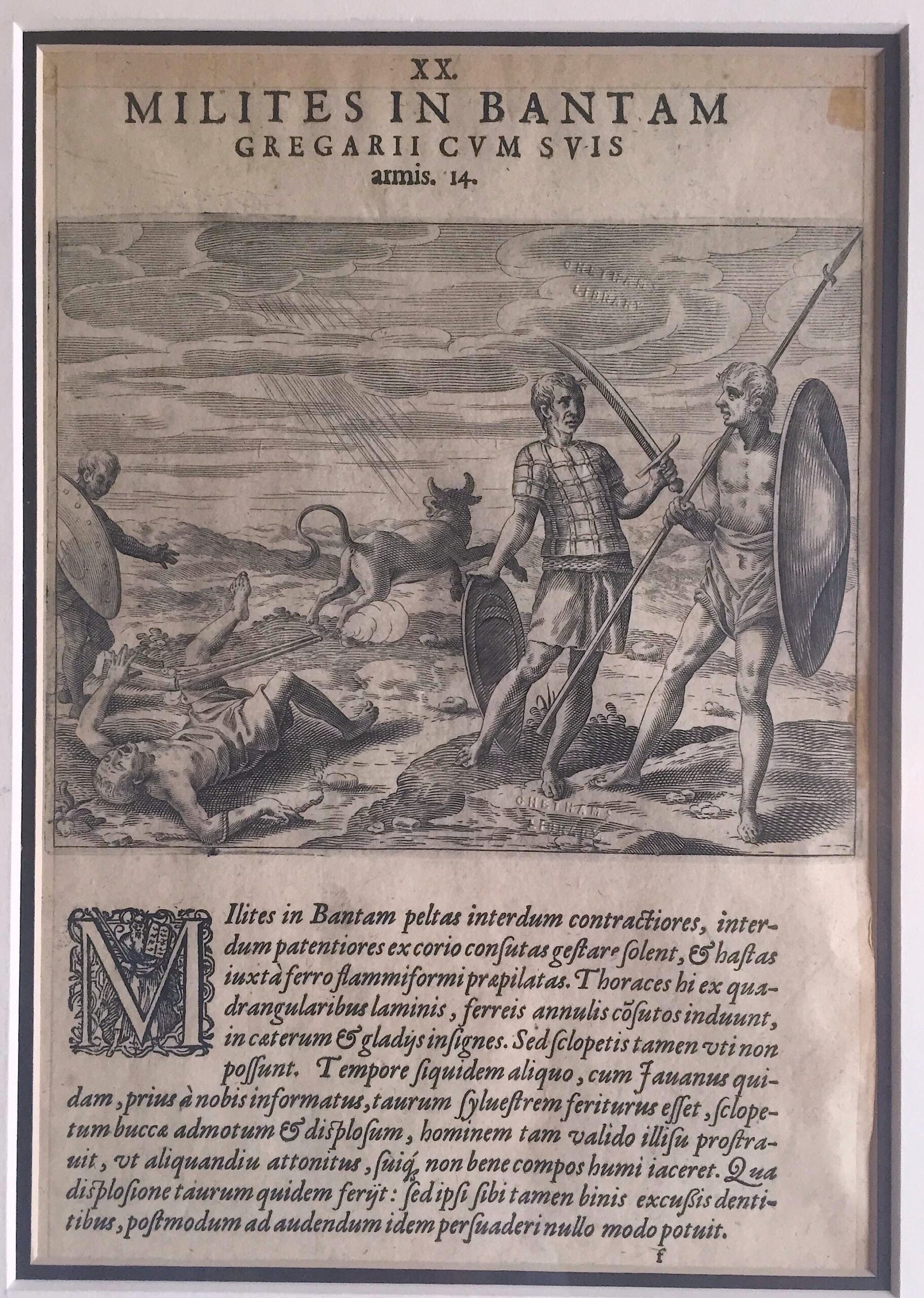 A rare early 17th century black and white print of warriors from Bantam and the painful result when one of them tried to shoot an ox with a musket borrowed from the Dutch soldiers by the German engraver and bookseller Theodore De Bry who, in 1598, published the Peregrinationum in Indiam Oriental et Indiam Occidentales, a book of early 16th century voyages and travels. There are two distinct series: the first, the Grand Voyages, published in 1590 covering North and South America, and so-called because its pages are taller and wider than the second, which is called the Petits Voyages – published in 1598 and covering the travels in the East Indies and arctic regions. This print is probably derived from the 1601 Latin edition of the Petits Voyages.