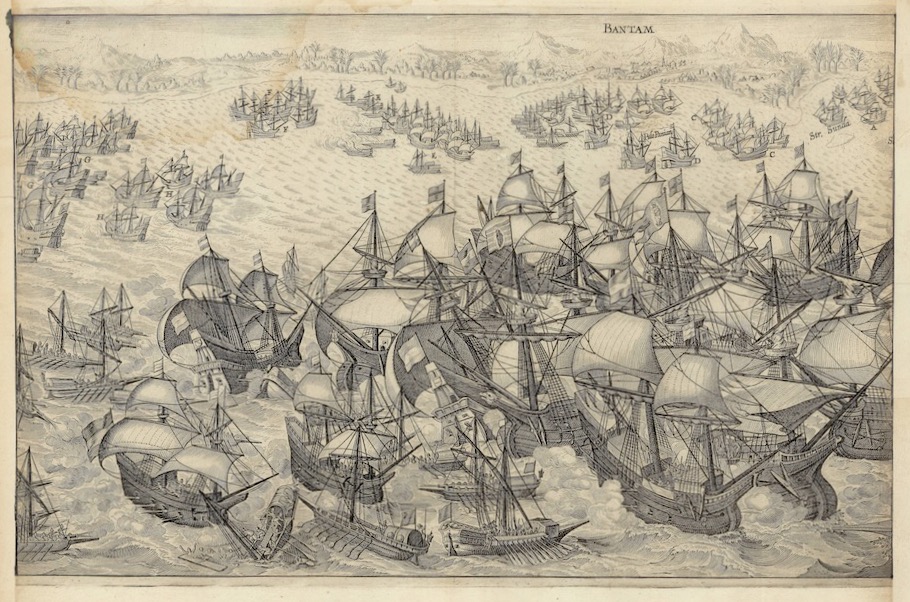 A very rare beautifully engraved vibrant black and white mid- 17th century print of the Dutch attack (Battle of Bantam) on the Portuguese fleet off Bantam in 1601 depicted as the victory of Admiral Wolfert Harmensz.and his 5 ships over 30 Portuguese ships.

The ships in the battle include the Sultan of Bantam’s war galleys (ghali); ocean-going craft with sails, oars and a prow battering ram built according to Mediterranean standards learnt from Portuguese renegades and Turkish shipwrights. They were built to allow them to shoot the large cannon necessary for battles at sea. These war fleets served the expansionist policies of the sultans of Banten and Aceh in their search for pepper.