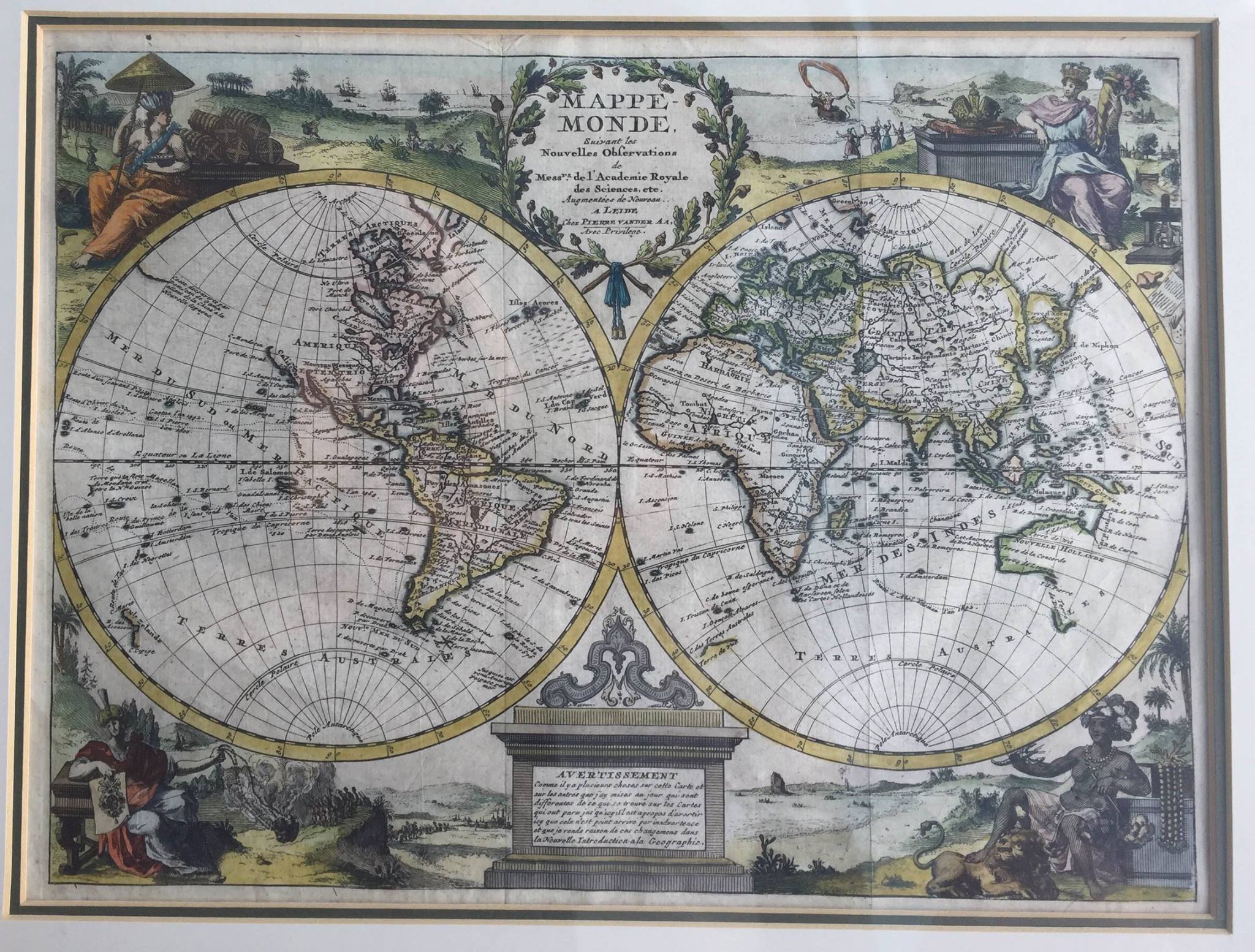 Antique world map titled ‘Mappe Monde, Suivant les Nouvelles Observations (..)’. Beautiful and relatively rare early 18th century hand-coloured twin hemisphere map of the world. This map originates from ‘Le Nouveau Theatre du Monde’ published by P. van der Aa, Leiden. The decorative vignettes of this map symbolize the four continents. The western coastline of New Zealand is illustrated, along with parts of Australia and Tasmania. The entire northwest coast of North America is blank above the peninsular California. There is a remnant of the coastline that suggested a connection between North America and Asia on earlier maps; here with a notation concerning the discoveries of Vasco de Gamma. The eastern coast of Asia is truncated and a huge Terre d’Yeco forms the northern part of Japan.