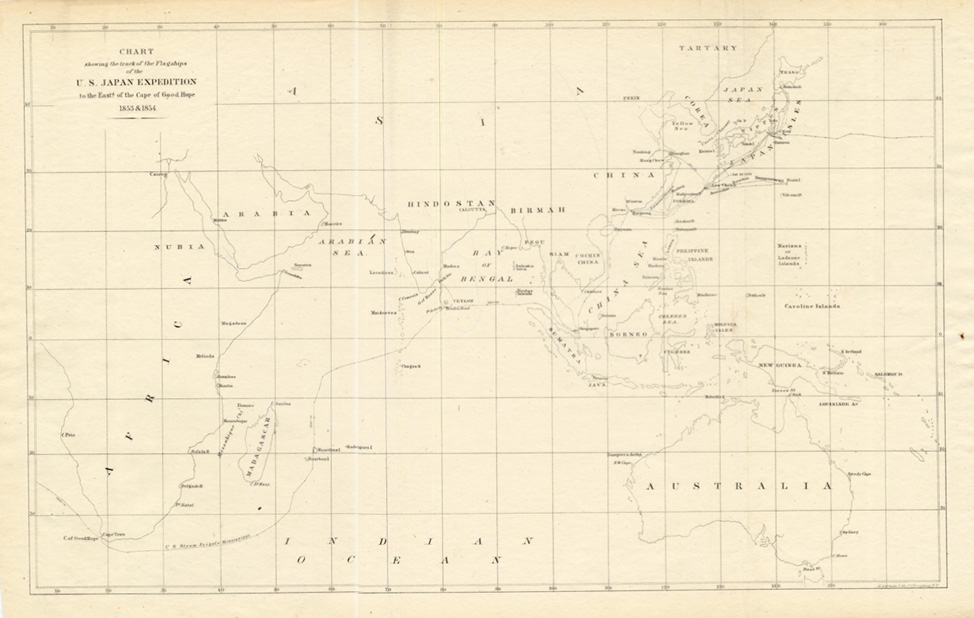 Description: ‘Chart showing the track of the Flagships …’. (Map of Africa, Asia and Australia.) Included in the famous ‘Narrative of the Expedition of an American Squadron to the China sea and Japan…’. Published in New York by Hawks/Appleton & Co 1855. ; Lithographed by James Ackerman.

Artists and Engravers: Commodore Matthew C. Perry initially was second in command of the US Naval forces in the Mexican-American War. In September of 1847, he assumed command of the naval forces and, along with the Army forces commanded by General Winfield Scott, forced the surrender of the Mexican forces. The United States Expedition to Japan, commanded by Commodoere Perry, followed in 1852-4 and probably represented the zenith of this pattern of expeditions for scientific, political, economic and military purposes.