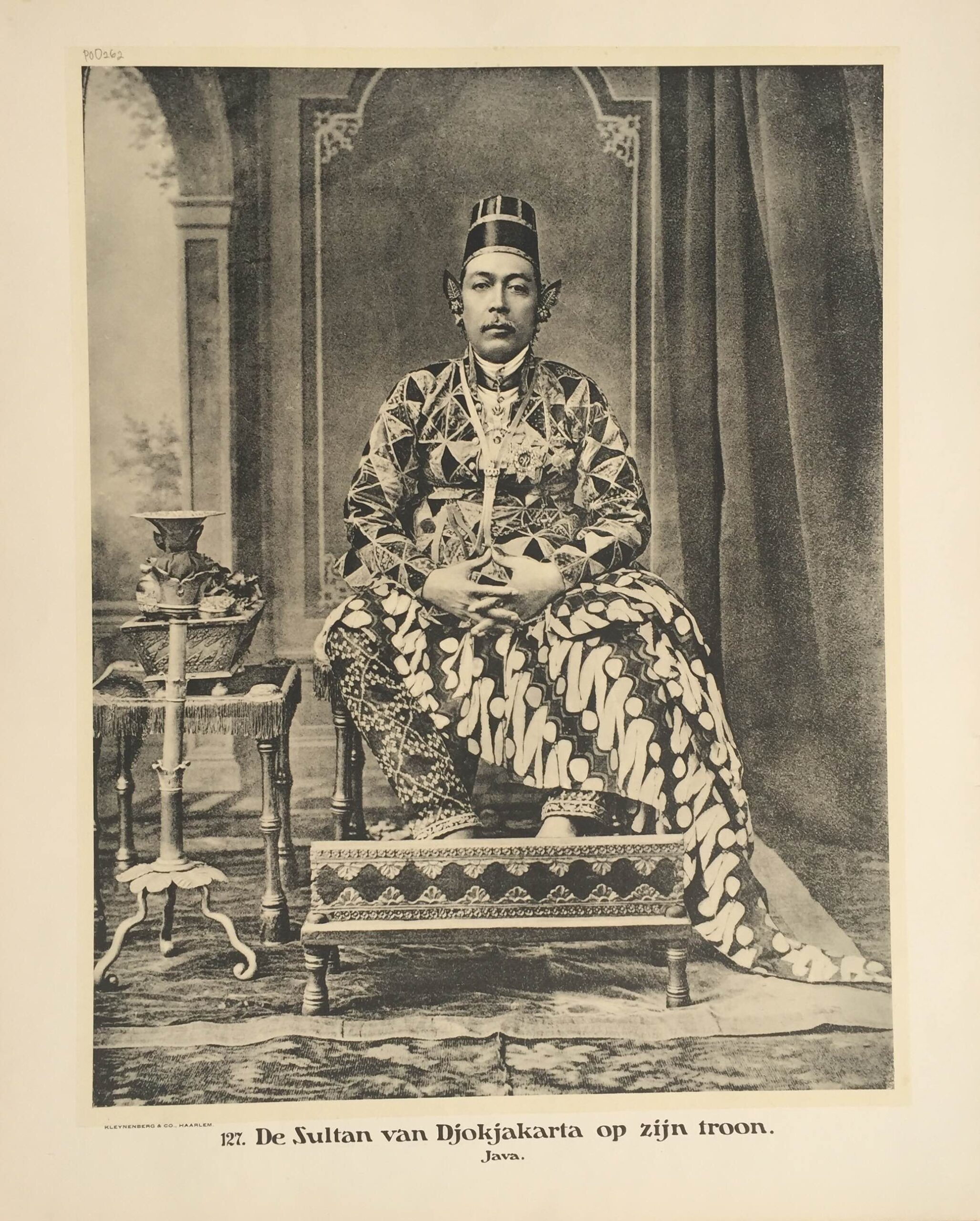 The Sultan of Yogyakarta was 70 years old when Demmeni took this portrait. For the occasion he donned full regalia including ear-coverings of images of Hindu gods. The string around his neck he was a descendant of the Brahmins.