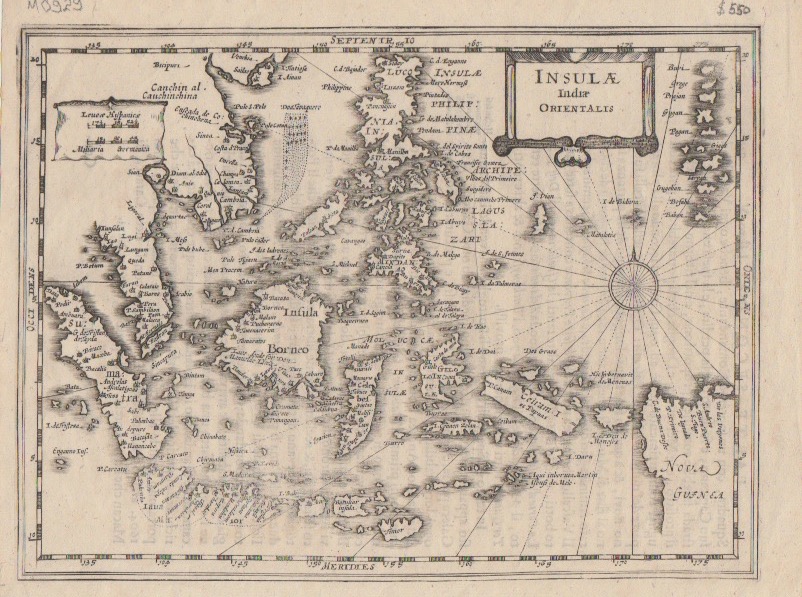 A very rare mid to late 17th century Dutch black and white small-scale map of the East Indian Islands and South-East Asia by the great Dutch cartographer and engraver Jodocus Hondius (1563-1612) first published in the Atlas Minor in 1607.

The map is derived from the larger more decorative folio version entitled Insulae Indiae Orientalis Praecipuae In quibus Mollucae celeberrimae sunt engraved by Hondius and published in the Atlas sive Cosmographicae Meditationes… in association with the publishing house of Gerard Mercator in 1606.

In the following year, the maps were engraved in a smaller format. Unlike the splendid two-volume edition of the 1606 Mercator-Hondius Atlas, which was intended for the libraries of the wealthy and privileged, this small single-volume version was produced for the emerging middle classes who were developing an in interest in geography and the exploits of explorers. This map was published in an Italian edition of the Atlas Minor probably between 1650 and 1700 and is not recorded in Koeman. There is Italian text on the verso and the map is signed ‘D2’