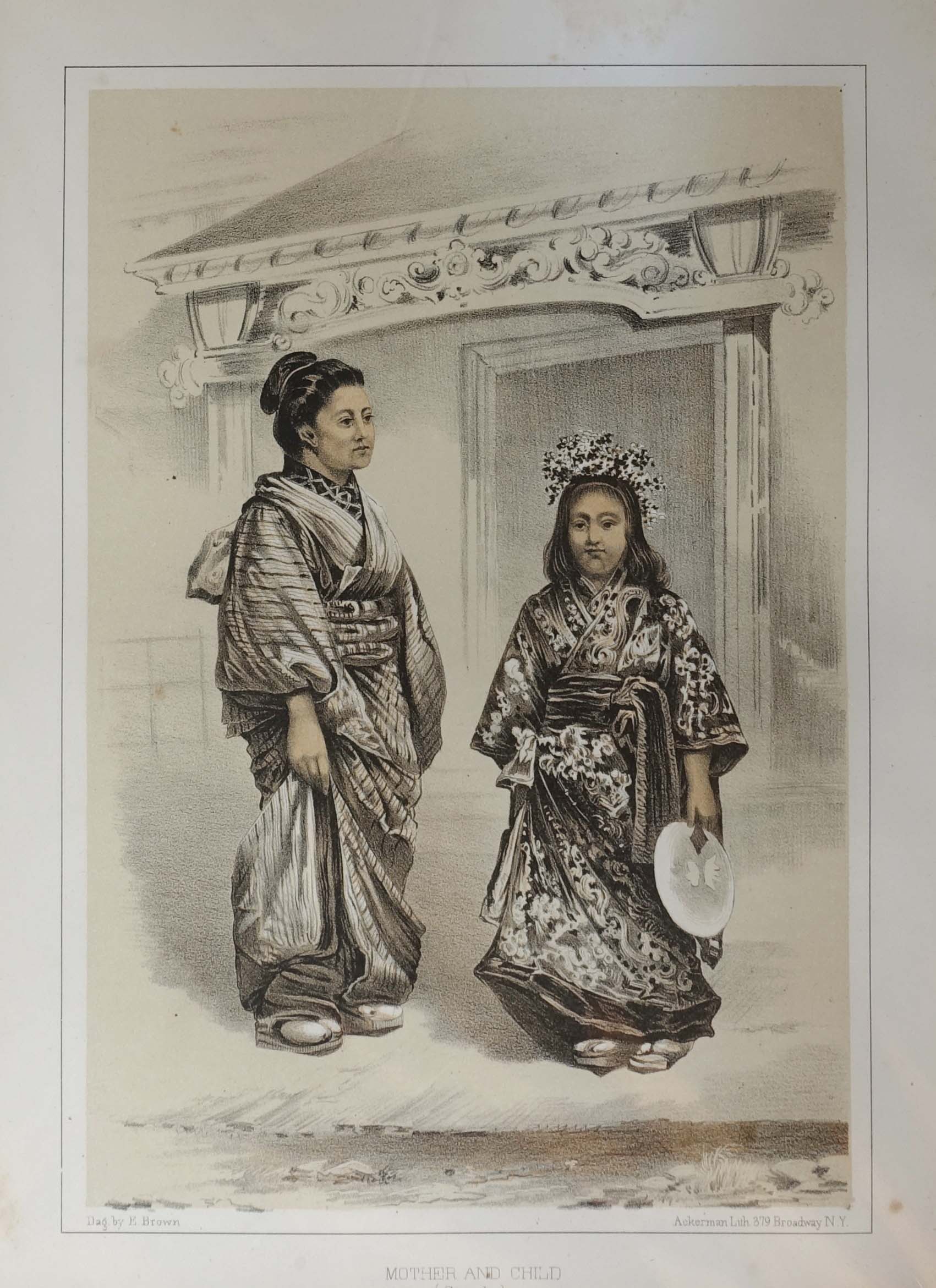 1856 Print of a Japanese Mother and Daughter by Ackerman

Antique print titled ‘Mother and Child (Simoda)’. Lithographed plate by Ackerman after a daguerreotype by E Brown,of a Japanese mother and her daughter in traditional kimonos and sashes. Both wear wooden platform sandals and the daughter of the Japanese mother carries a fan. This print originates from ‘Narrative of The Expedition of an American Squadron to the China Seas and Japan’ illustrated by E. Brown and Peter Bernard Wilhelm Heine, published by A.O.P Nicholson, Washington, 1856.

Commodore Matthew Calbraith Perry (1794-1858) led a US government expedition designed to open up trade with Japan, which had been in self-imposed isolation for almost 200 years. One of Perry’s crew took a daguerreotype camera with him. This image is based upon the photograph he took.