View cart “Antique Print of Dayak Dancers by Mieling, 1861” has been added to your cart.
× 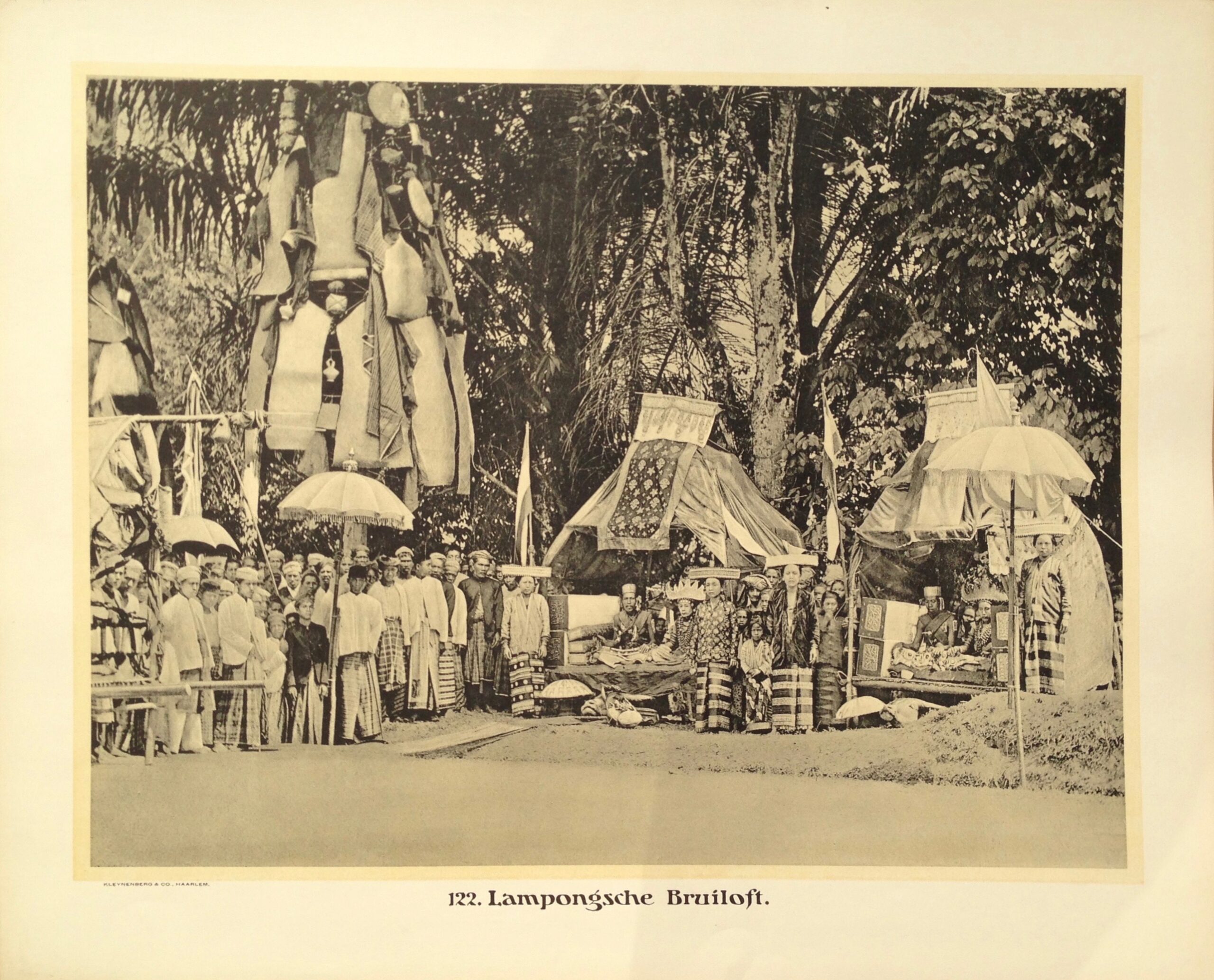 Beautiful antique print depicting a Lampung wedding. In a double wedding in Lampung, the high rank of the families is indicated by the various status symbols seen in the plate Substantial dowries were paid for brides of good families, especially those from a better family than the groom. According to the authors of the detailed explanatory notes in Dutch that accompanied the original portfolio of plates, this often resulted in men marrying late, as in the case of the groom on the left who was recorded to have paid 24,000 Dutch guilders for his bride, exclusive of wedding expenses. Al the end of the wedding dinner the couple adopt a new name to avoid spirits calling on them by their old ones