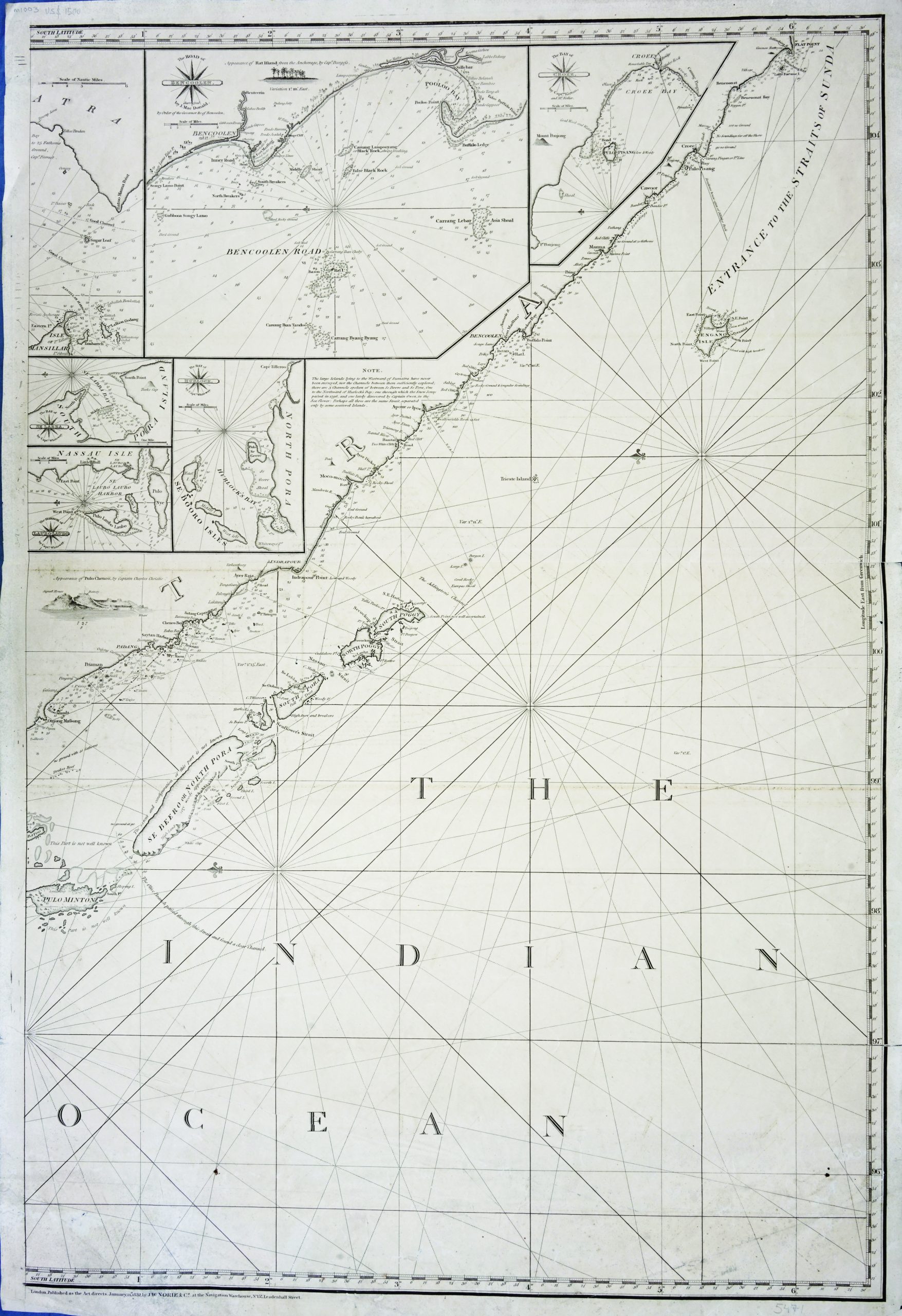 A large antique sea chart of Norie’s very rare and monumental sea chart of the Indian Ocean, one of the 19th century’s greatest works of maritime cartography. This map is a left-sheet only, which centred in the Indian ocean and southwest coast of Sumatra, the Bencoolen road or Bengkulu city are shown on the inset. Also depicting the entrance to the Sunda Straits.

Artists and Engravers : John William Norie (1772 in London – 1843), was a mathematician, hydrographer, chart maker and publisher of nautical books most famous for his Epitome of Practical Navigation (1805) which became a standard work on navigation and went through many editions as did many of Norie’s works. Norie began his career working with William Heather, who had in 1765 taken over chart publishers Mount and Page and who ran the Naval Academy and Naval Warehouse in Leadenhall Street from 1795; the Naval Warehouse provided navigational instruments, charts, and books on navigation. Norie took over the Naval Warehouse after Heather’s retirement and founded the company J.W. Norie and Company in 1813. After Norie’s death the company became Norie and Wilson, then in 1903 Imray, Laurie, Norie & Wilson. Charles Dickens later used the Naval Warehouse in Dombey and Son. Jack London mentions Norie’s ‘Epitome’ in Chapter 5 of his novel Martin Eden, and C. S. Forester refers to it in Chapter 17 in the book The Commodore of the Horatio Hornblower series of novels.

Excellent condition, minor folding mark at the side of the margin