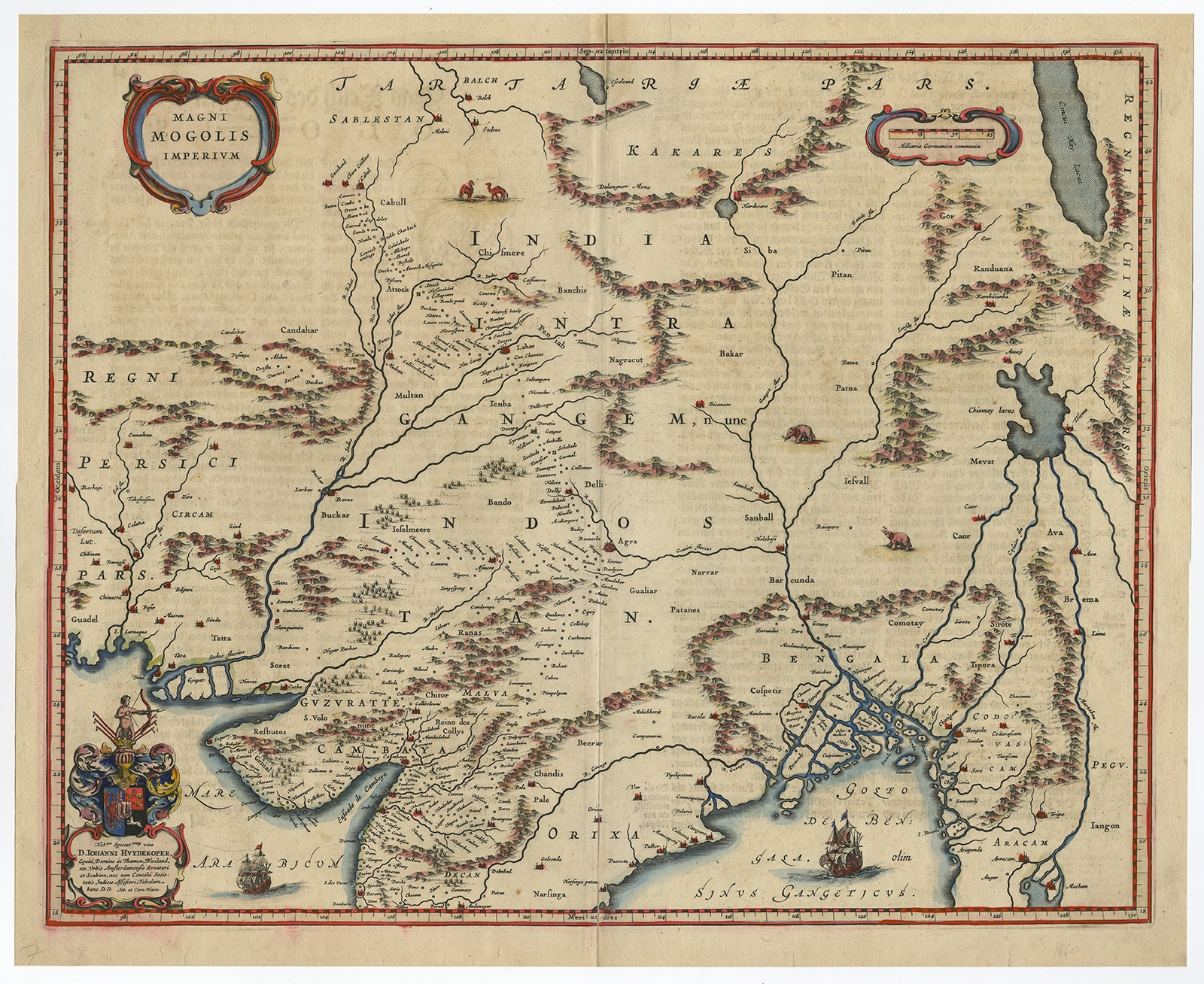 Description: Antique print, titled: ‘Magni Mogolis Imperium.’ A handsome map of northern India and Central Asia. Pakistan, Afganistan and Bangladesh and extends inland up the Ganges and Indus Rivers to Tartary and the Himalayas, including Katmandu, Kabul and other legendary cities along the great trading routes. Extends south to include a large portion of India, including Narsinga, Orixa Decan, etc. Elephants shown roaming in the Ganges and Camels east of Kabul. Decorative cartouches and sailing ships. With a dedication of Johann Huydekoper. German text on verso. Source unknown, to be determined.

Artists and Engravers: Made by ‘Willem Janszoon Blaeu’ after an anonymous artist. Willem Janszoon Blaeu was born 1571 in Alkmaar. He was trained from 1594 to 1596 by the famous danish astronomer Tycho Brahe. 1599 he went to Amsterdam and founded a business as globe maker. Later he started producing map and sea charts, including his first world map in 1605. His most famous work was the ‘Atlas Novus’ or ‘Theatrum Orbis Terrarum sive Atlas Novus’ of 1635, which was published until 1655 in total six volumes. After Blaeu’s death in 1638 his sons Joan and Cornelis continued the businees and finished the ‘Atlas Novus’ and started an even larger work, the ‘Atlas Maior’, which reached 12 volumes.