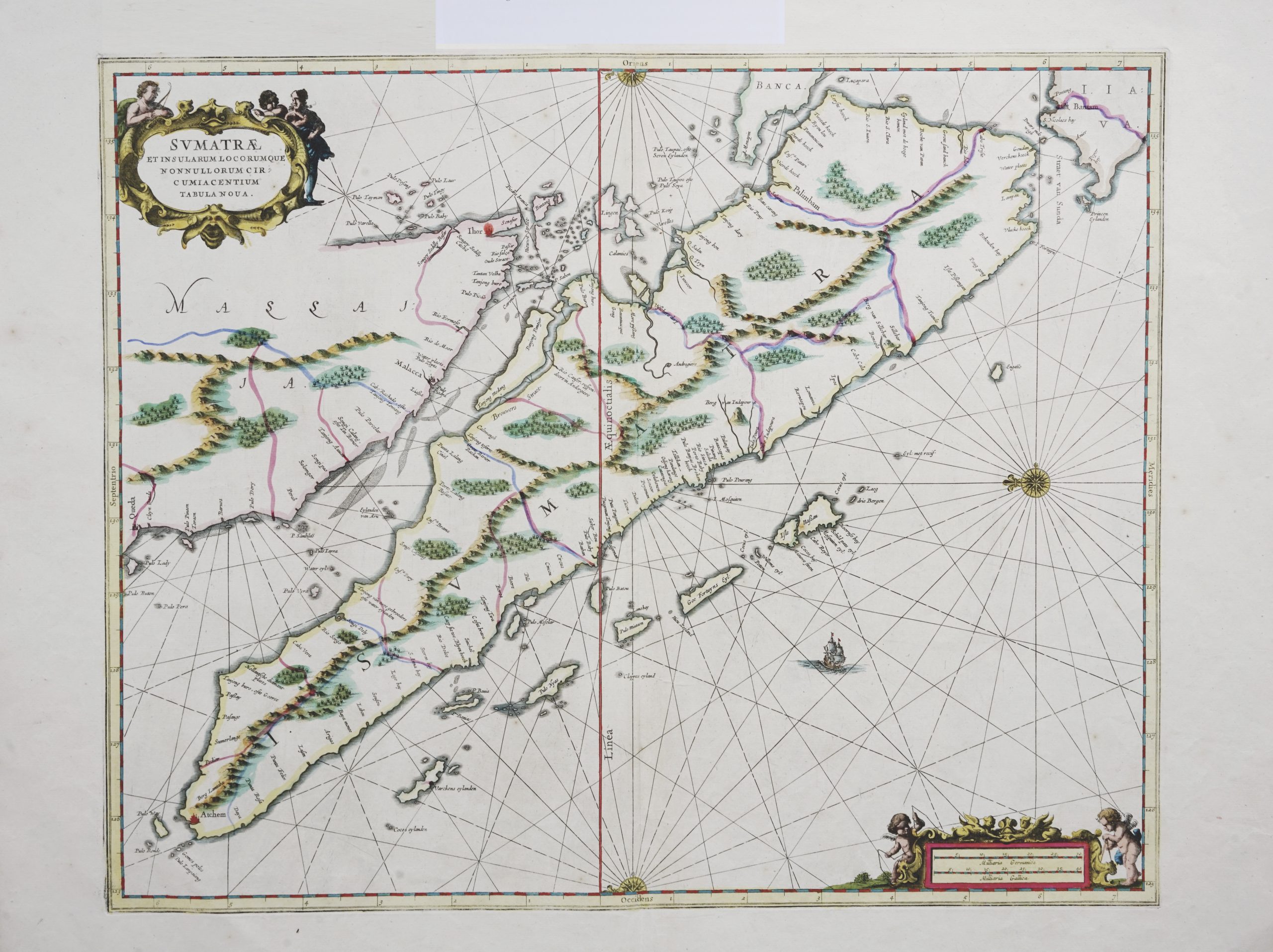 A chart of Sumatra and the tip of Malaya Peninsula, published in Jansson’s sea-atlas it was first issued in 1657.

A chart of Sumatra and the tip of Malaya Peninsula, orientated with north to the left. Published in Jansson’s sea-atlas it was first issued in 1657, a decade after the Dutch seized Malacca from the Portuguese. The map also marks the Aceh sultanate on the northern tip of Sumatra; during the 1650’s the Dutch encouraged revolts against Aceh rule in order to gain the control of tin deposits in the area.

Artists and Engravers: Jan Janssonius (also known as Johann or Jan Jansson or Janszoon) (1588-1664) was a renowned geographer and publisher of the seventeenth century, when the Dutch dominated map publishing in Europe. Born in Arnhem, Jan was first exposed to the trade via his father, who was also a bookseller and publisher. In 1612, Jan married the daughter of Jodocus Hondius, who was also a prominent mapmaker and seller. Janssonius’ first maps date from 1616.