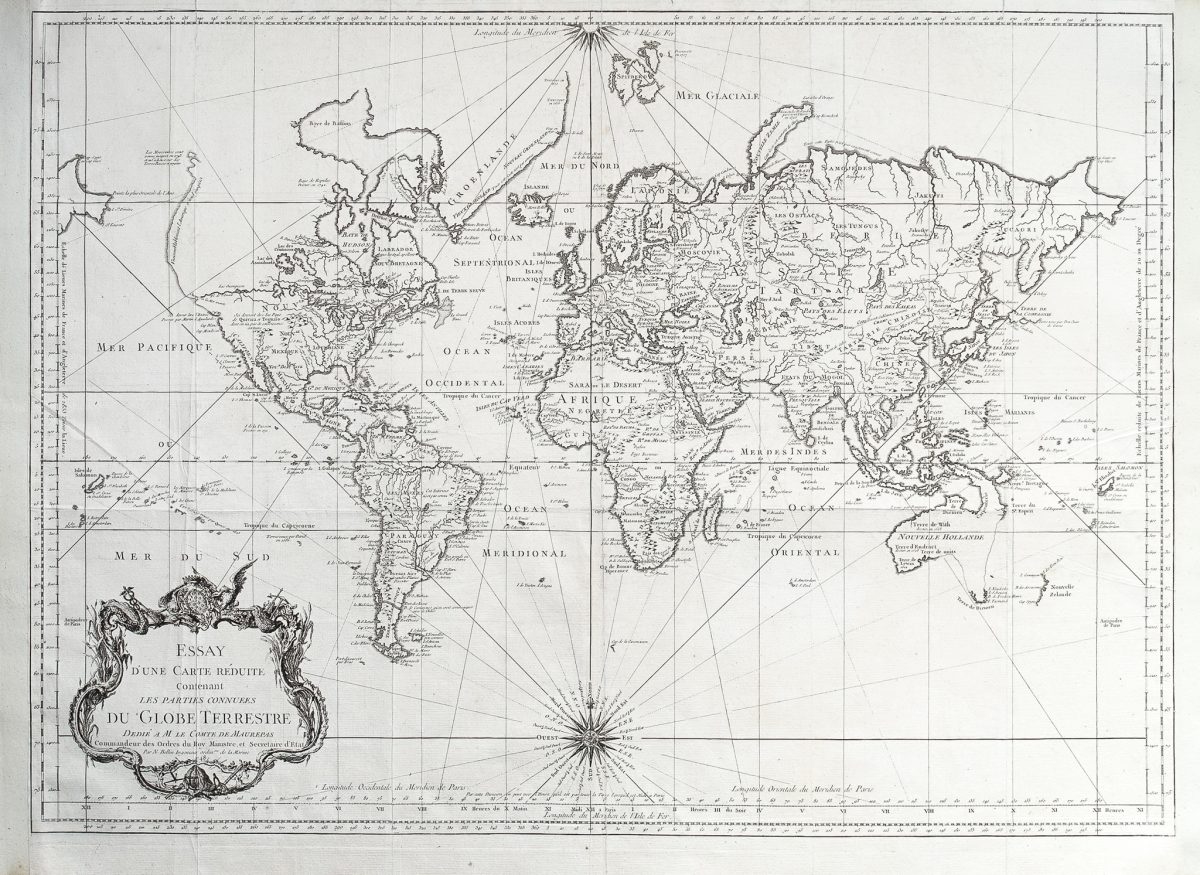 First edition of J.N. Bellin’s influential mid-eighteenth-century map of the world, published in Paris in 1748.

First edition of J.N. Bellin’s influential mid-eighteenth-century map of the world, published in Paris in 1748. This first edition shows several geographic hypotheses that were then a matter of debate and reflects the changeable nature of geography at this time. It also is one of the first maps to show the Russian discoveries in the far Pacific Northwest.

This first edition was made in the context of the return of the Anson expedition (1740-44), which circumnavigated the globe and captured a Spanish treasure galleon in the Philippines as part of the War of Jenkins’ Ear and the War of the Austrian Succession. Anson’s triumphant return to England caused a renewed interest in the Pacific across Europe, including in France.

This world map is on the Mercator projector, with a slight overlap at the edges—the Antipodes of Paris are shown in the far west and the far east. The meridian of the map is through Paris, but longitude calculations are included from l’Isle de Fer. An elaborate compass rose in the southern oceans is labeled with the wind directions. A decorative cartouche protects the title in the lower left corner, which includes a coat of arms and navigational instruments.

Condition: Tear on the side but not affecting the image of the map.