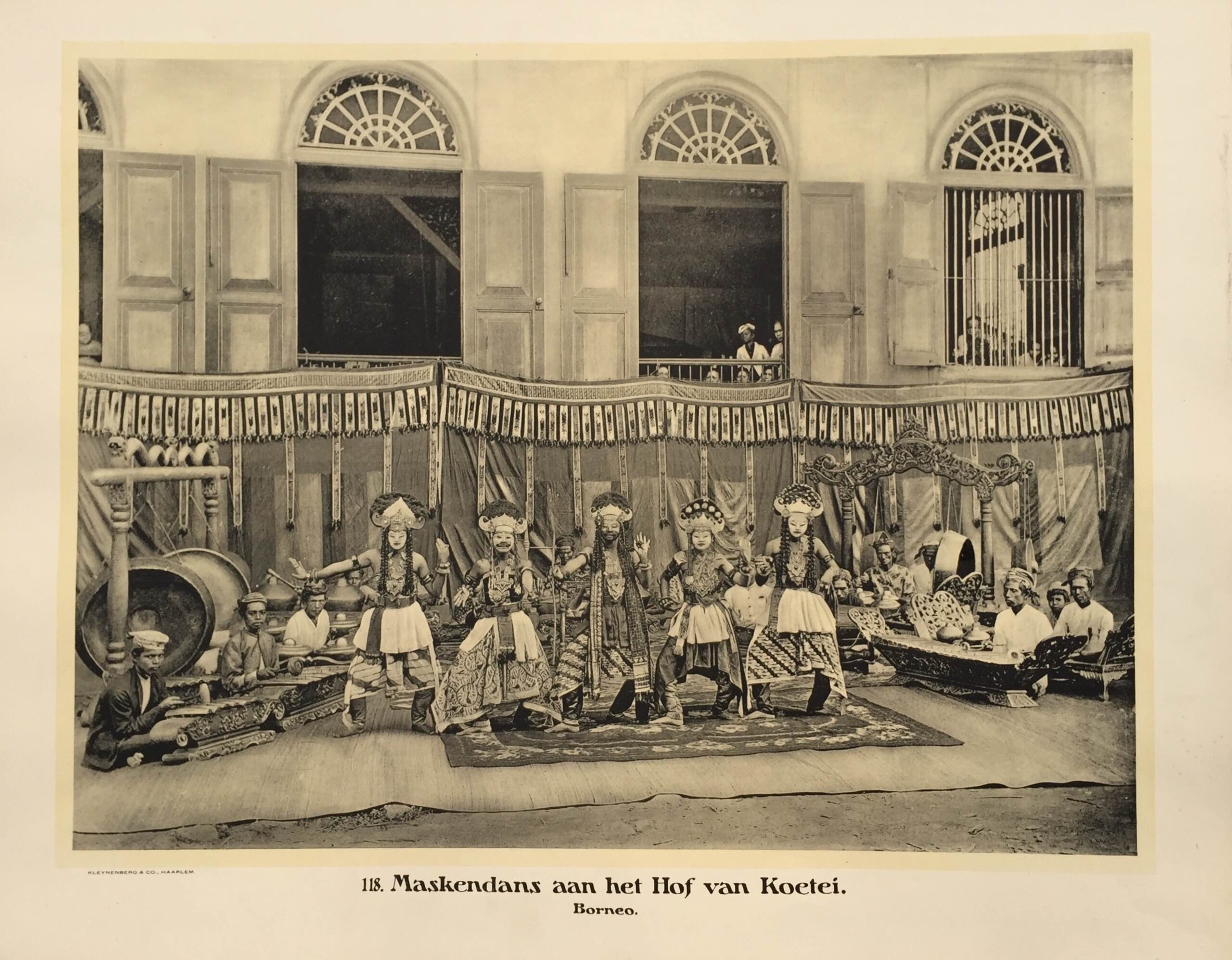 One of Borneo’s most ancient and powerful kingdoms, Kutai, once ruled a large part of what is now known as East Kalimantan. The Sultan Kutai posed for Demmeni wearing the state jewels and uniforms. His golden crown is believed lo date to the kingdom’s Hindu period, pre-1500. The cape is woven from silk and probably was not made on the island. The two most important items symbolizing his kingdom’s power are two kris daggers. Each of these is held by one of his wives standing on either side of him. The fact that the sultan is flanked mainly by women is probably a means of protection against assassination by aspiring relatives. A form of wayang topeng, similar to that found in Java, was performed only in the presence of the sultan of Kutai.