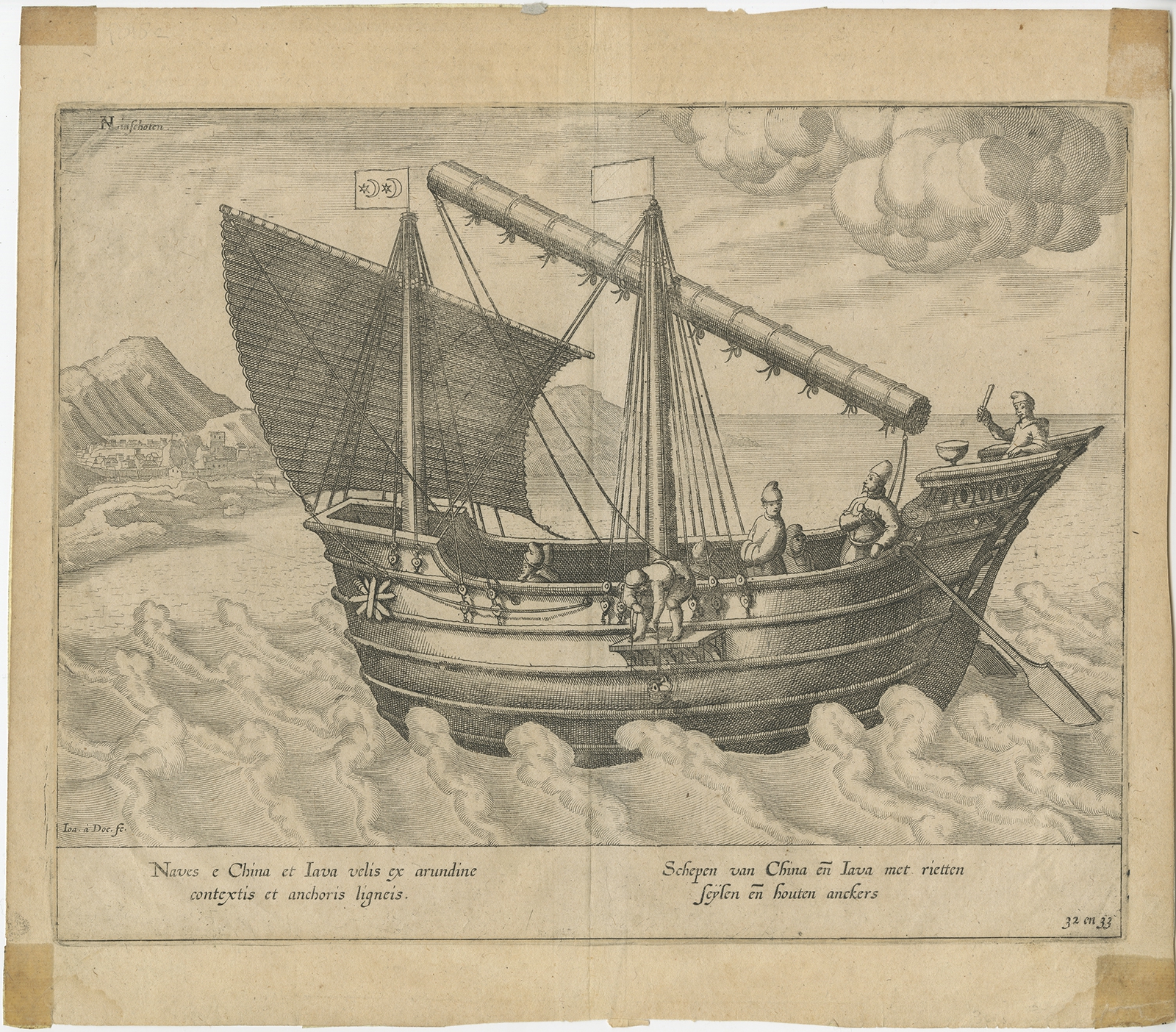 Description: Antique print titled ‘Naves e China et Iava velis ex arundine contextis et anchoris ligneis’. Old print of a Chinese sailing vessel, also called ‘Junk’. This is an early portrayal of the kind of vessel that was traditionally the lifeblood of commerce throughout the sheltered seas of China and Southeast Asia. The ship is shown manned by sailors in period costume, of which one the figures is engaged in fishing. The flag featuring crescent moons suggests that this particular junk hailed from one of the Islamic sultanates of Indonesia. Engraved by Joan Doetecum, for Linschoten’s Itinerario, one of the most important compilations of early voyages and travels published in the 16th Century.

Artists and Engravers: Jan Huygen van Linschoten (c.1563 -1611) was a larger than life figure who was instrumental in encouraging the Netherlands to seek an empire in East Asia. Born in Haarlem, he was the son of a notary. While barely a teenager, he moved to Seville and then Lisbon with his brother. He evidently impressed the powers that be in the Portuguese capital, for he was appointed secretary to the Archbishop of Goa, serving in that capacity from 1583 to 1588. He made use of the extensive archives at Goa and interviewed mariners and explorers. Linschoten retuned to the Netherlands and wrote three books relating his knowledge of Asia, the third publication being the Itinerario, published in 1596 and translated into English and German two years later. Linschoten stole many Portuguese state secrets regarding navigation and trade in the East Indies, intelligence that was critical to the success of early Dutch endeavors in the region.