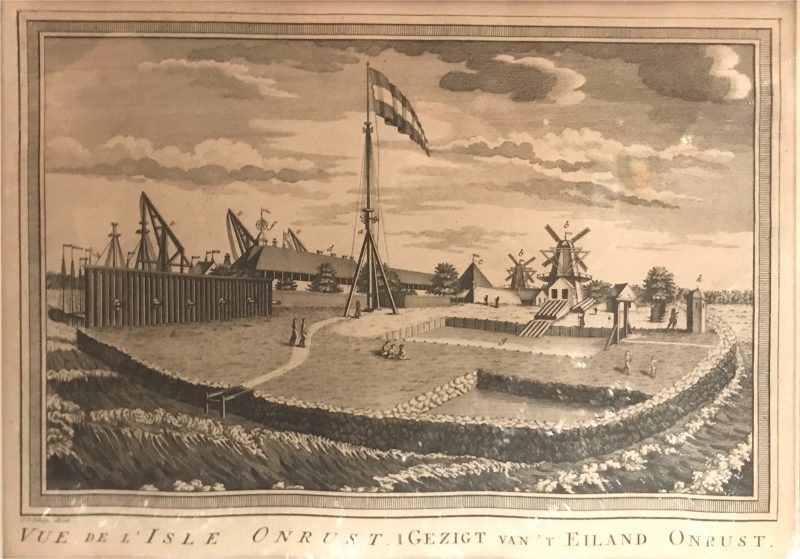 By Jacques Nicolas Bellin and engraved by Schlet from Antoine Prevost’s d‘ Exile’s Histoire generale des voyages. Published in Paris between 1746 and 1770.

Onrust Island is named after the Dutch Onrust, or “unrest”. The island is also known as Pulau Kapal. Onrust was the site of a major shipyard and five-sided fort that had belonged to the by then defunct Dutch East India Company. The Dutch had to rebuild the naval base on Onrust several times due to British attacks, such as the one in 1800.

Artists and engravers: Jacques Nicolas Bellin (1703 – 1772) was a French hydrographer, geographer, and member of the French intellectual group called the philosophes. Bellin was born in Paris. He was hydrographer of France’s hydrographic office, member of the AcadÃ©mie de Marine and of the Royal Society of London. Over a 50 year career, he produced a large number of maps of particular interest to the MinistÃ¨re de la Marine.