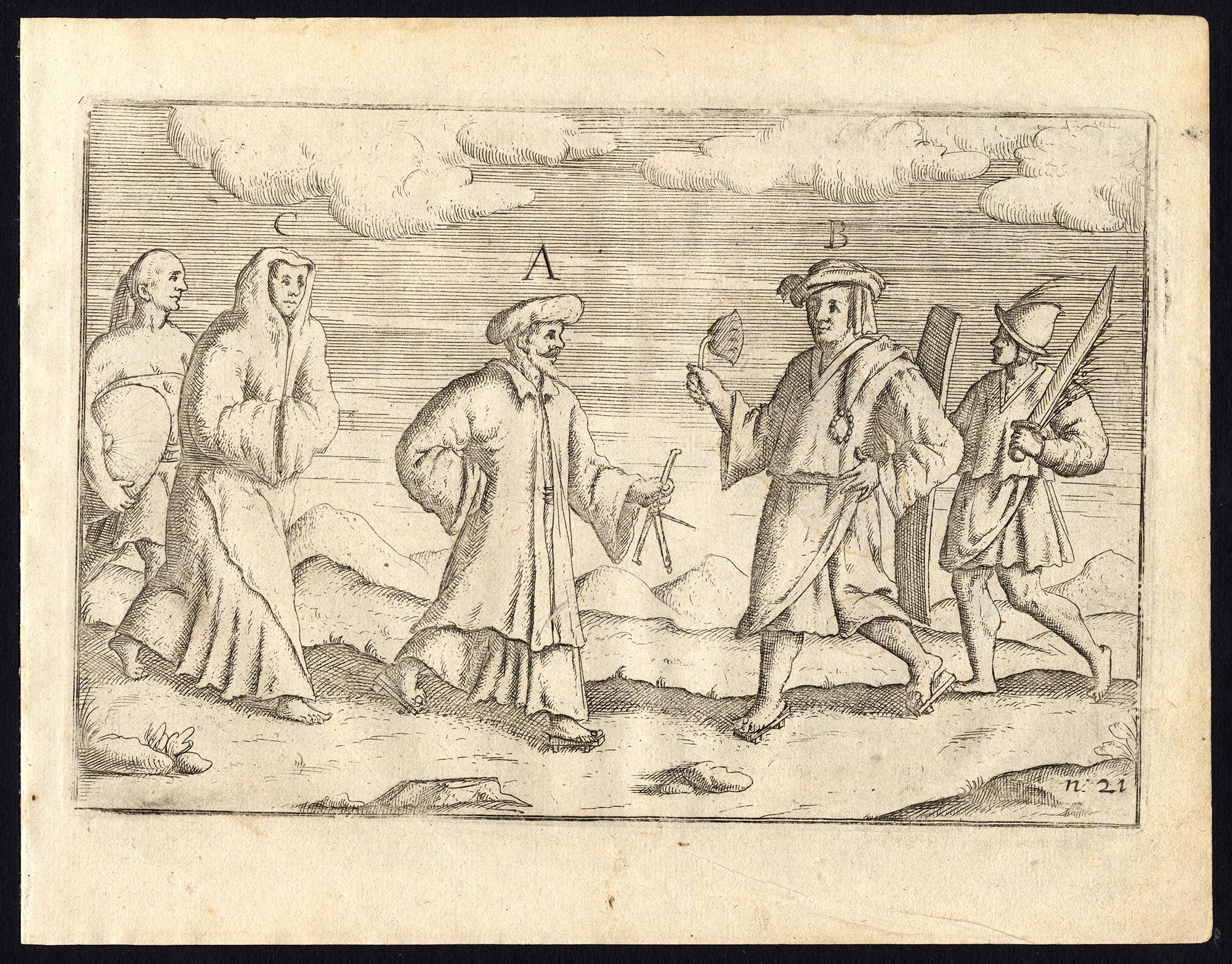 Depiction of a small Turkish man called Goeytjen, where the Dutch bought many goods. This scene from the Banda Islands, Indonesia