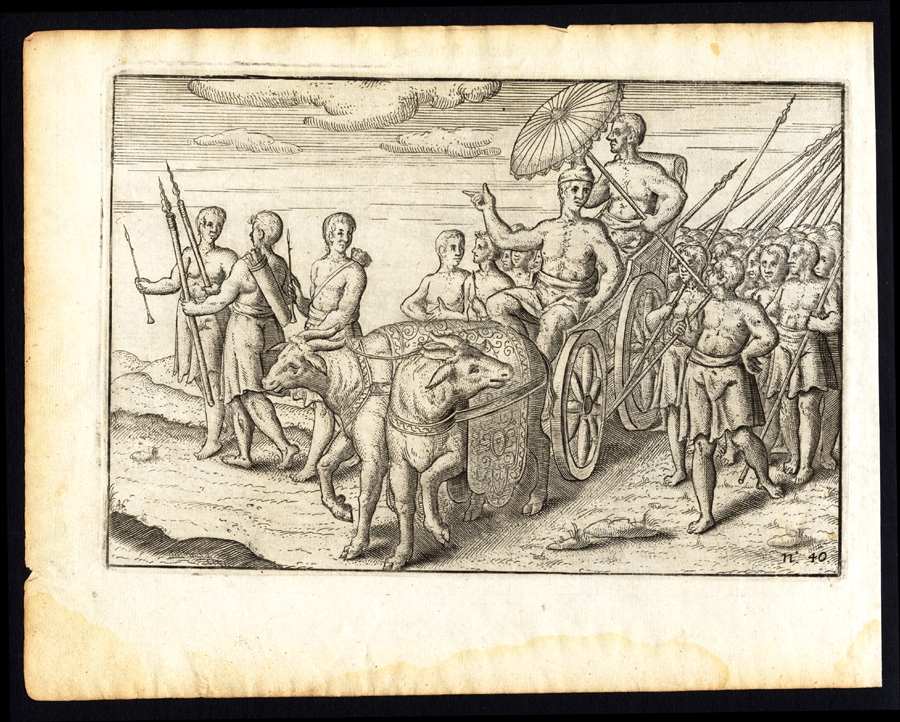 Description: Plate 40 ; ‘Afteeckeninghe van de Koningh te Bali sittende op sijn Waghen’. (Depiction of the King of Bali sitting in his coach.) This plate shows the king of Bali in a coach drawn by two cows.