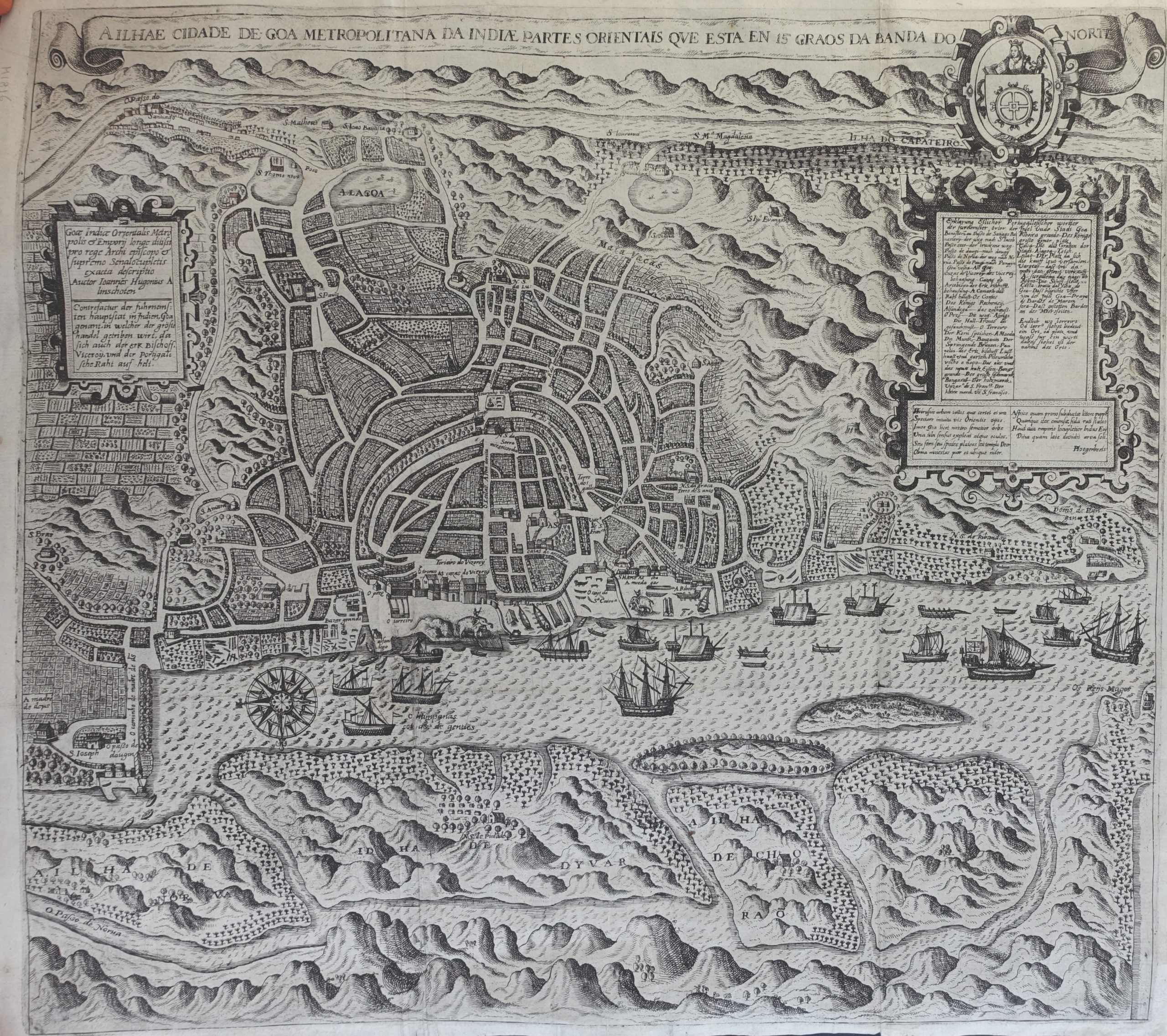 The plan is derived from the larger version compiled by Jan Huygen van Lisnchoten and published by Cornelis Claesz in Linschoten’s famous Itinerario, voyagie ofte Ship-vaert c.1596. Linschoten was a historian and traveller who served as secretary to the Portuguese Archbishop of Goa. At that time ‘Goa the Golden’ was one of the leading cities in the world, being the capital of Portugal’s scattered Asian Empire from where the Portuguese controlled the political, military, and religious activities on their trading ports in India, Ceylon, Malacca, East Indian Islands (Indonesia), Macau, and Japan. Linschoten’s privileged position gave him the access to highly guarded maps and information of the Portuguese sailing routes in the Far East, which he secretly copied. He left Goa in 1589 after the death of the Archbishop, his patron, in 1588 and returned to Holland in 1592 taking with him all the information and maps on Portuguese oriental trade amassed secretly over a period of 6 years. Linschoten published a detailed account of his travels with maps in Reysgeschrift vande Navigation der Portugaloyers in Orienten in 1595, an abbreviated version of the larger and more complete account given in the Itinerario.