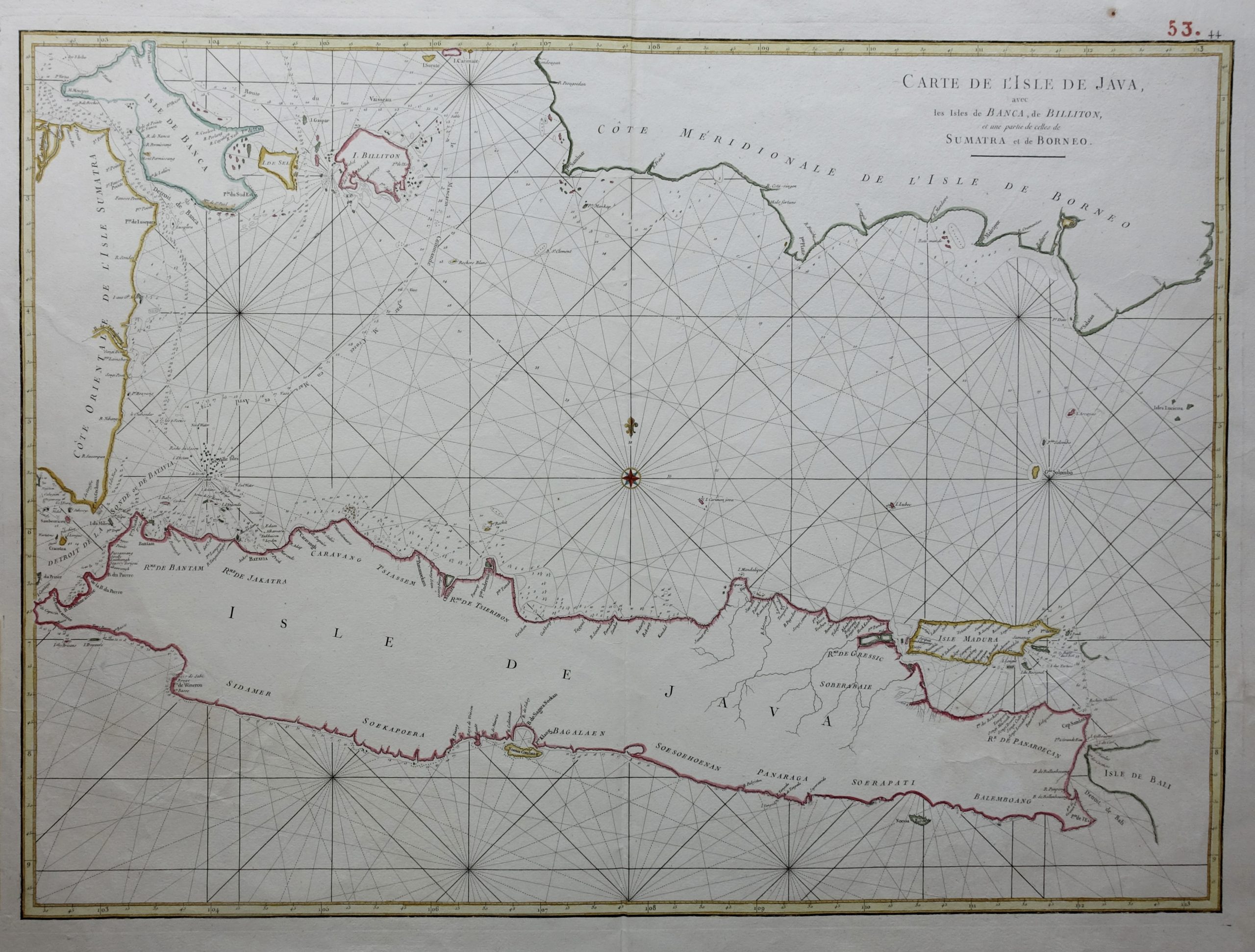 A mid-18th century French sea chart in outline colour of Java island with south-east Sumatra, Banca Island and the south coast of Borneo by the French hydrographer Jean-Baptiste d’Apres de Mannevillette (1707-1780), a contemporary of Jacques Nicolas Bellin and an accomplished navigator in the Compagnie des Indes.

After studying mathematics in Paris he gained early experience of the sea and during many voyages assembled a collection of material for a hydrographic atlas that was published in Paris with the support of the Academie de Sciences in 1745 under the title Le Neptune Oriental. The atlas contained 22 charts, including the chart of Java that was based on accurate and meticulous surveys.

Good condition, a tear on the right side margin.