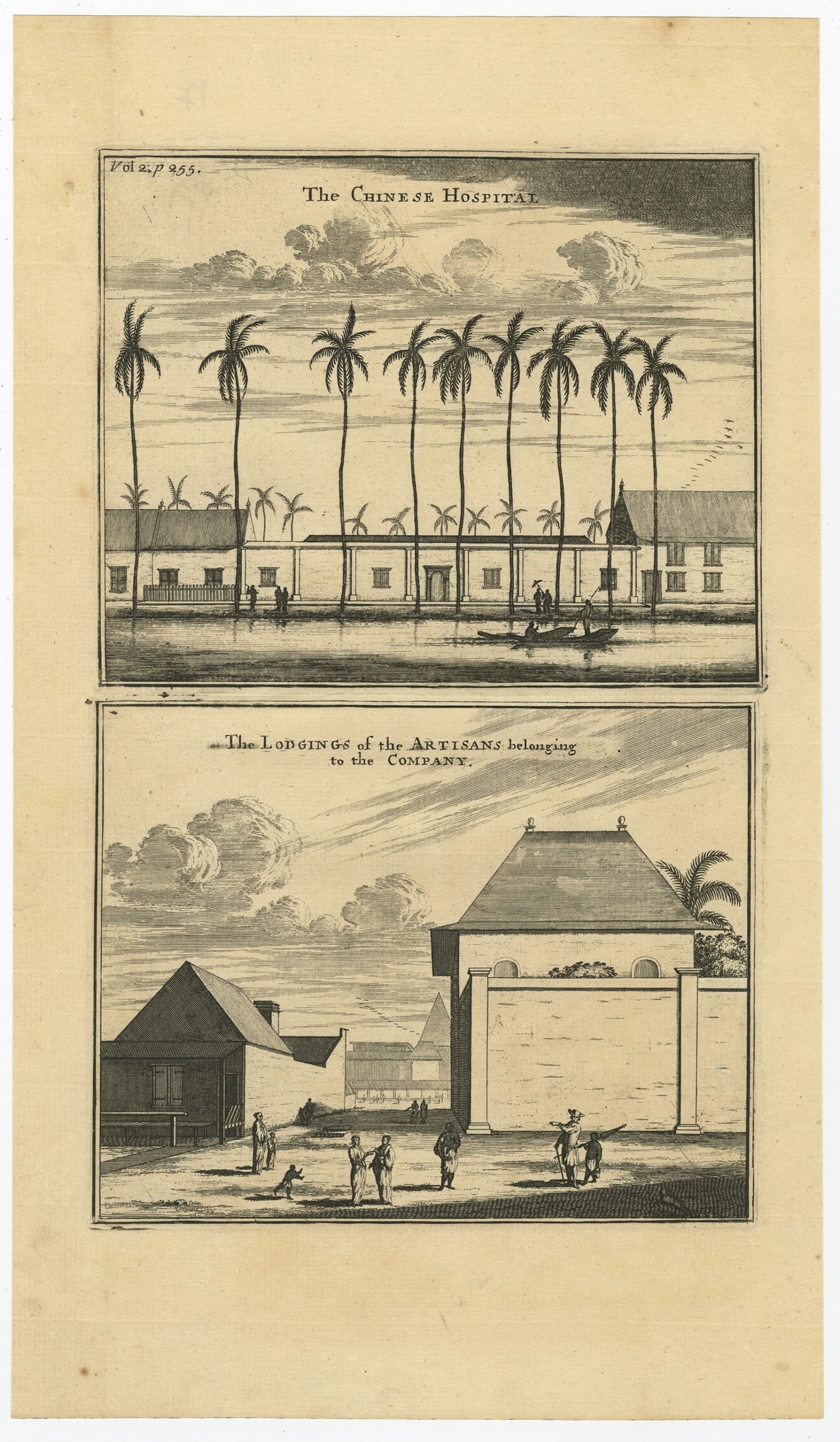 Description: Antique print, titled: ‘The Chinese Hospital – The lodgings of the artisans belonging to the company.’ – This plate shows two engravings; the Chinese hospital and accommodation buildings for employees of the Dutch East India Company in Jakarta, Indonesia. It originally accompanied J. Nieuhof’s account of his ‘Voyages and Travels to the East-Indies’ in the 17th century. Johan Nieuhof (1618-1672) was a Dutch traveller who wrote about his journeys to Brazil, China, India and the East-Indies. His notes and illustrations were published by Jacob van Meurs in 1665 and this English edition was included in ‘Churchill’s Voyages and Travels’ (3rd edition 1744).