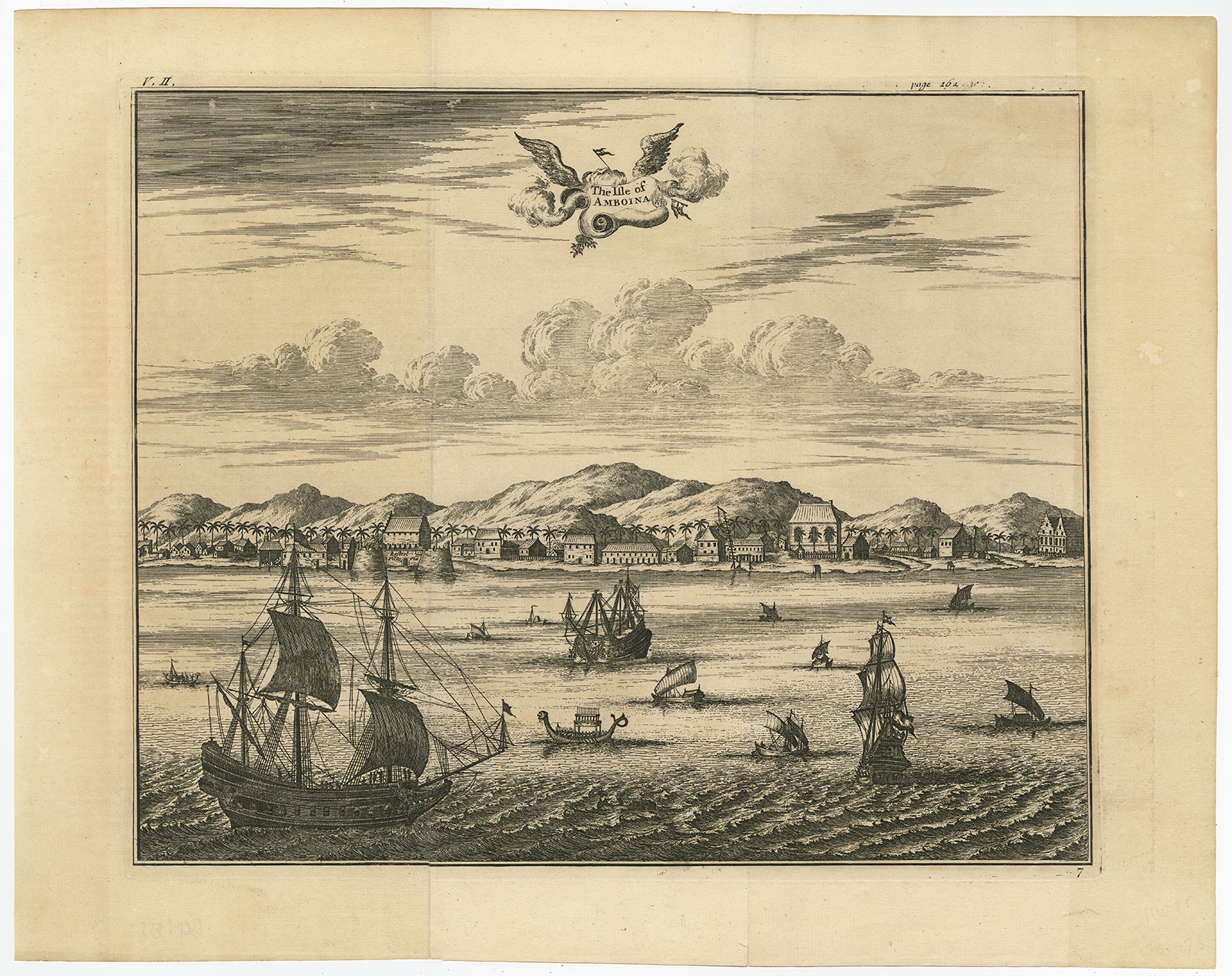 Description: Antique print, titled: ‘The Isle of Amboina.’ – View of Amboina (Ambon) Island which is part of the Maluku Islands of Indonesia. It originally accompanied J. Nieuhof’s account of his ‘Voyages and Travels to the East-Indies’ in the 17th century. Johan Nieuhof (1618-1672) was a Dutch traveller who wrote about his journeys to Brazil, China and India. His notes and illustrations were published by Jacob van Meurs in 1665 and this English edition was included in ‘Churchill’s Voyages and Travels’ (3rd edition 1744).