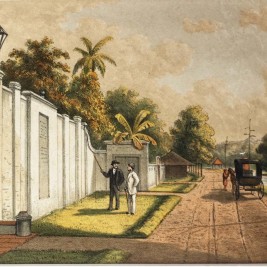 Southeast Asia, Indonesia, Antique Maps, Plans & Charts, Asia
AntiqueÂ map of Batavia by Salmon titled ‘A Plan of the City and Castle of Batavia’. Plan of the city and fortifications of Jakarta, the capital of the Dutch East Indies.Â A detailed lettered key identifies the...
€475,00
Add to cart

Antique Sea Chart of the South China Sea by Daussy, 1838 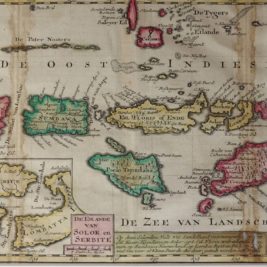 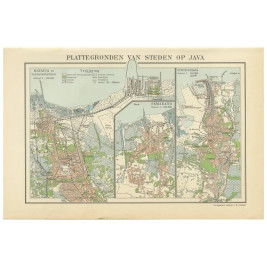 Antique Map of Batavia, Semarang and Surabaya by Wolters ‘circa 1910’

Antique Print of the Peaks near Anjir by Raffles (1835)