The Javanese locals in the surrounding villages knew about the temple ruins before formal rediscovery, but they did not know about its historical background. The temple attracted international attention early in the 19th century. In 1811 during Britainâ€™s short-lived occupation of the Dutch East Indies, Colin Mackenzie, a surveyor in the service of Sir Thomas Stamford Raffles, came upon the temples by chance. Although Sir Thomas subsequently commissioned a full survey of the ruins, they remained neglected for decades. Dutch residents carried off sculptures as garden ornaments and native villagers used the foundation stones for construction material. 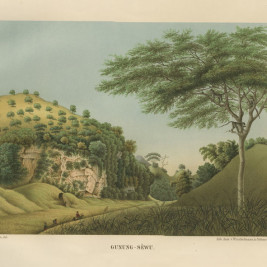 Antique Prints, Asia, Indonesia, Southeast Asia
A rare and beautiful coloured lithograph of the Gunung-Sewu, Java. The print is from one of two German editions of the drawing of Franz Wilhelm Junghuhn (1809-1864), a German doctor, naturalist, explorer and French Foreign... 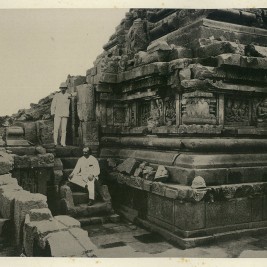 Antique Prints, Asia, Indonesia, Southeast Asia
Prambanan temple Yogyakarta Indonesia, 1893 Original 1893 photographs of the rediscovery of the Tjandi Prambanan temple, taken by the “Dutch Indies Royal Institute of Linguistics and Anthropology” The temple was first built at the site... 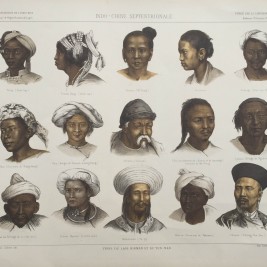 Antique Print of Indonesian and Chinese People by Gilbert (c.1873) 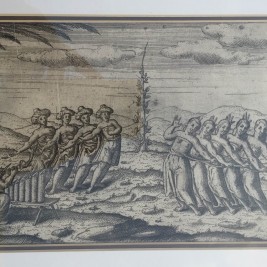 Antique Prints, Asia, Indonesia, Southeast Asia
Original 1893 photographs of the rediscovery of the Tjandi Prambanan temple, taken by the “Dutch Indies Royal Institute of Linguistics and Anthropology”. The temple was first built at the site around 850 CE by Rakai...

Antique Print of a Chinese inhabitant of Makassar by Bayot (c.1850) 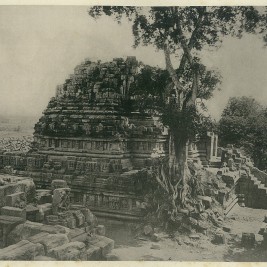 Antique Prints, Asia, Indonesia, Southeast Asia
Prambanan Yogyakarta indonesia, 1893 Original 1893 photographs of the rediscovery of the Tjandi Prambanan temple, taken by the “Dutch Indies Royal Institute of Linguistics and Anthropology”. The temple was first built at the site around... 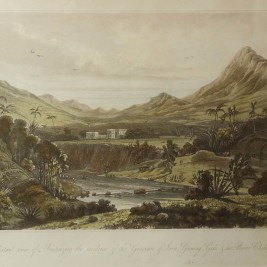 Antique Print of Buitenzorg by Raffles (1835)

Antique Prints, Asia, Indonesia, Southeast Asia
Antique print of Buitenzorg titled ‘A distant view of Buitenzorg, the residence of the Governor of Java,Â Gunong Gidi and the River Chidami’.Â Aquatint of Buitenzorg so named during the colonial period (Dutch meaning “Without worries”.) and...