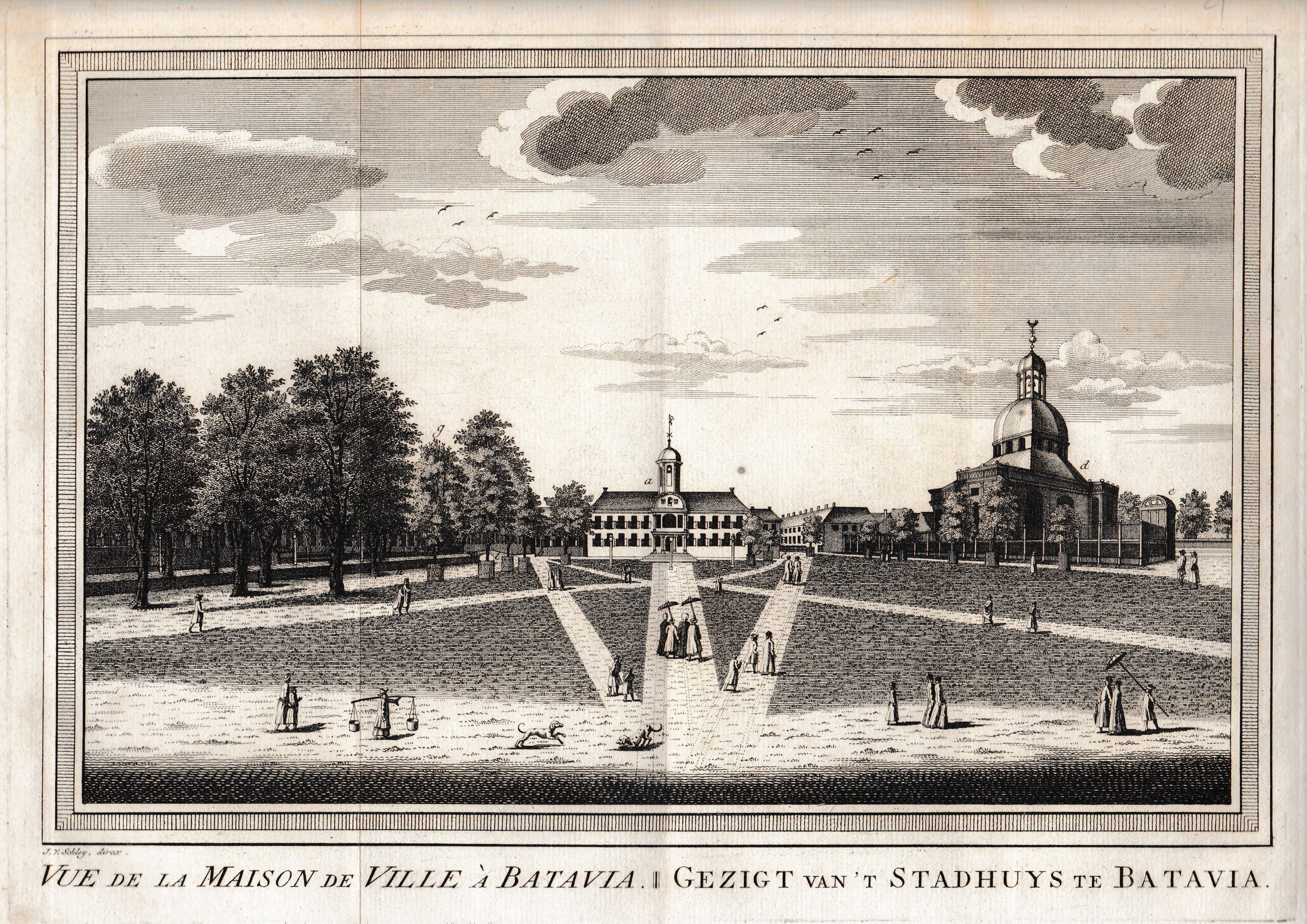 The “Stadhuys van Batavia”, (Town Hall of Batavia) , was the administrative headquarters of the Dutch East India Company and later of the Dutch Colonial Government. The current building was constructed in 1707 by the city government, replacing the former city hall built in 1627. Governor General Abraham van Riebeeck inaugurated it in 1710. As the city continue to expand southward, the building’s function as city hall (Dutch gemeentehuis) ended by 1913. Nowadays the Fatahillah Museum in the Old City area of Jakarta.