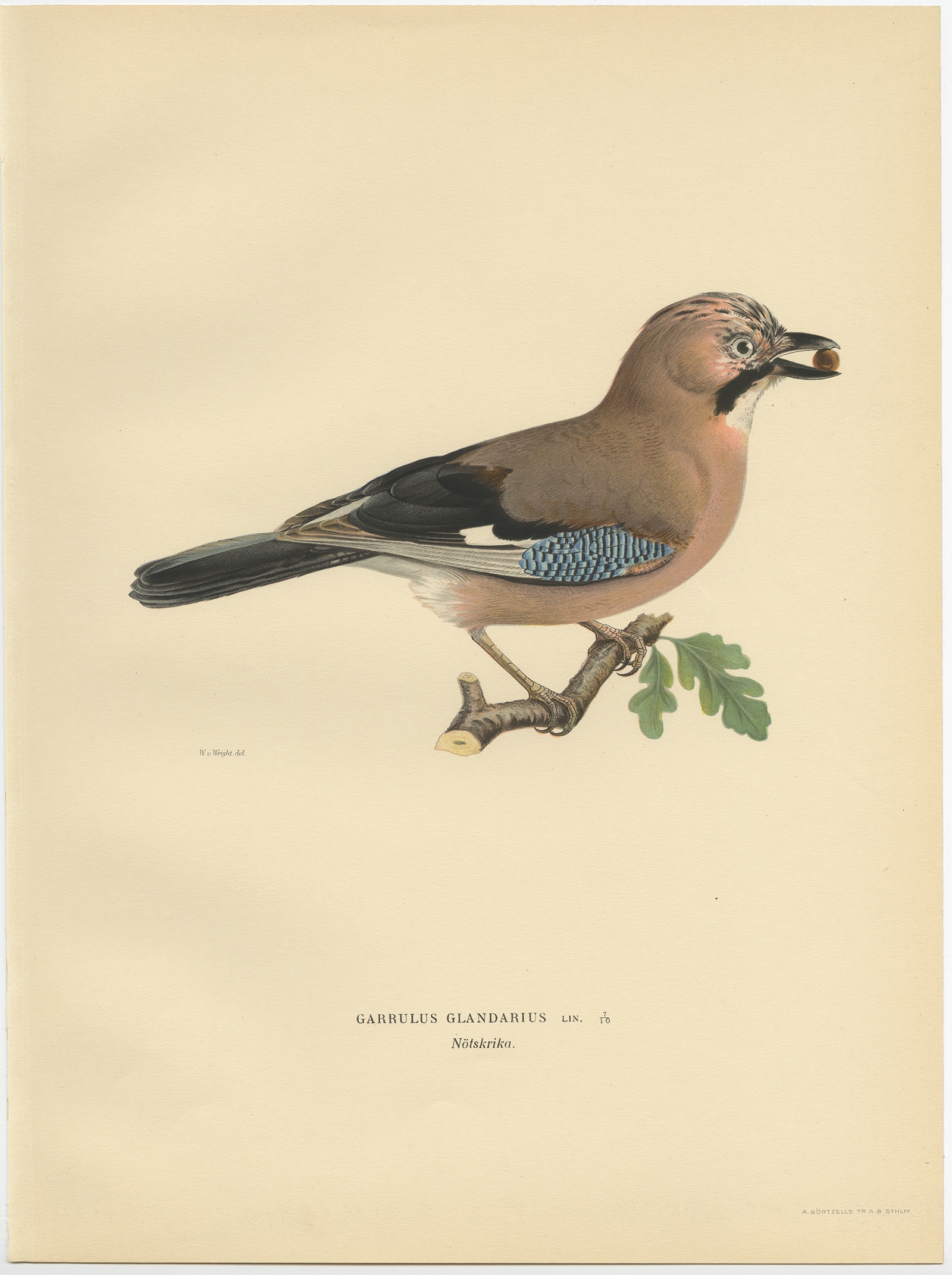 Antique Bird Print of the Eurasian Jay by Von Wright (1927)

Artists and Engravers: Printed in Stockholm. Magnus von Wright (1805 – 68) was the first taxidermist working with the vertebrate collections of Helsinki University. Starting out as a taxidermist in the 1820’s, he stuffed birds for Societas pro Flora et Fauna Fennica, the oldest scientific society in Finland, and in 1845, became taxidermist at the university’s zoological museum. Von Wright made several study journeys to Stockholm and St. Petersburg, and even wrote a short manual on how mount birds. Though a skilful taxidermist, his reputation, like that of his two brothers, Wilhelm and Ferdinand, rests on his skill as a zoological illustrator. In 1859 he published the first handbook on Finnish birds.