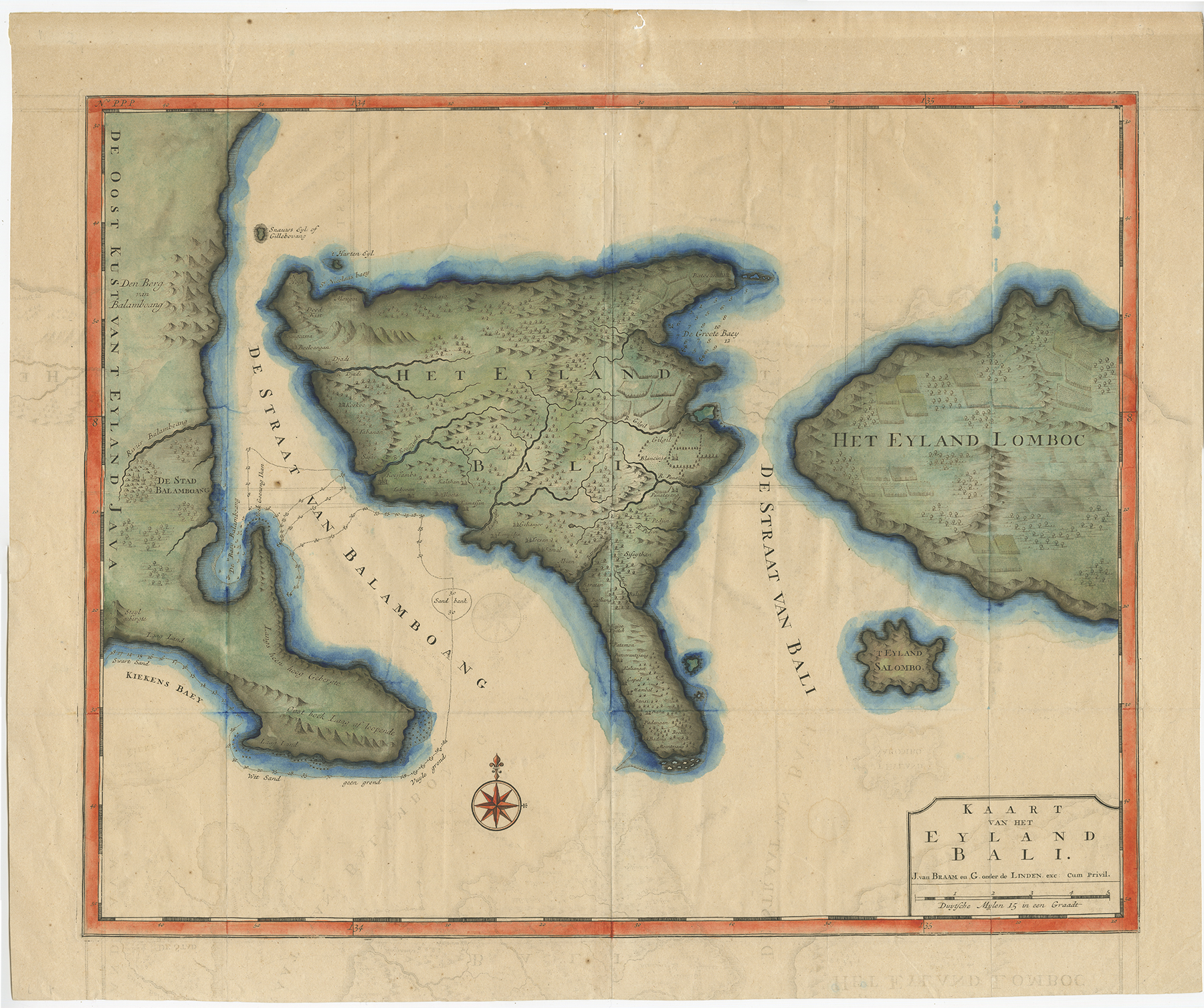 One of the few large-scale maps of the island of Bali by Francois Valentyn is from his eight-volume history of the East Indies entitled Oud en Nieuw Oost-Indien that was published in Amsterdam by Gerard Onder de Linden and the bookseller Joannes van Bram  between 1724 and 1726. The work contained numerous charts of the major islands including this large map of Bali which is based on the earlier map of Bali compiled by Willem Lodewijcksz, a member of Cornelius de Houtman’s pioneering voyage to the East Indies in 1595-97.

Very good condition apart from some ‘ghosting’ of Lombok Island along the bottom half of the map and in the left-hand margin and seven small worm holes either side of the centre fold near the upper margin, measures 445 x 562 mm, (plate).