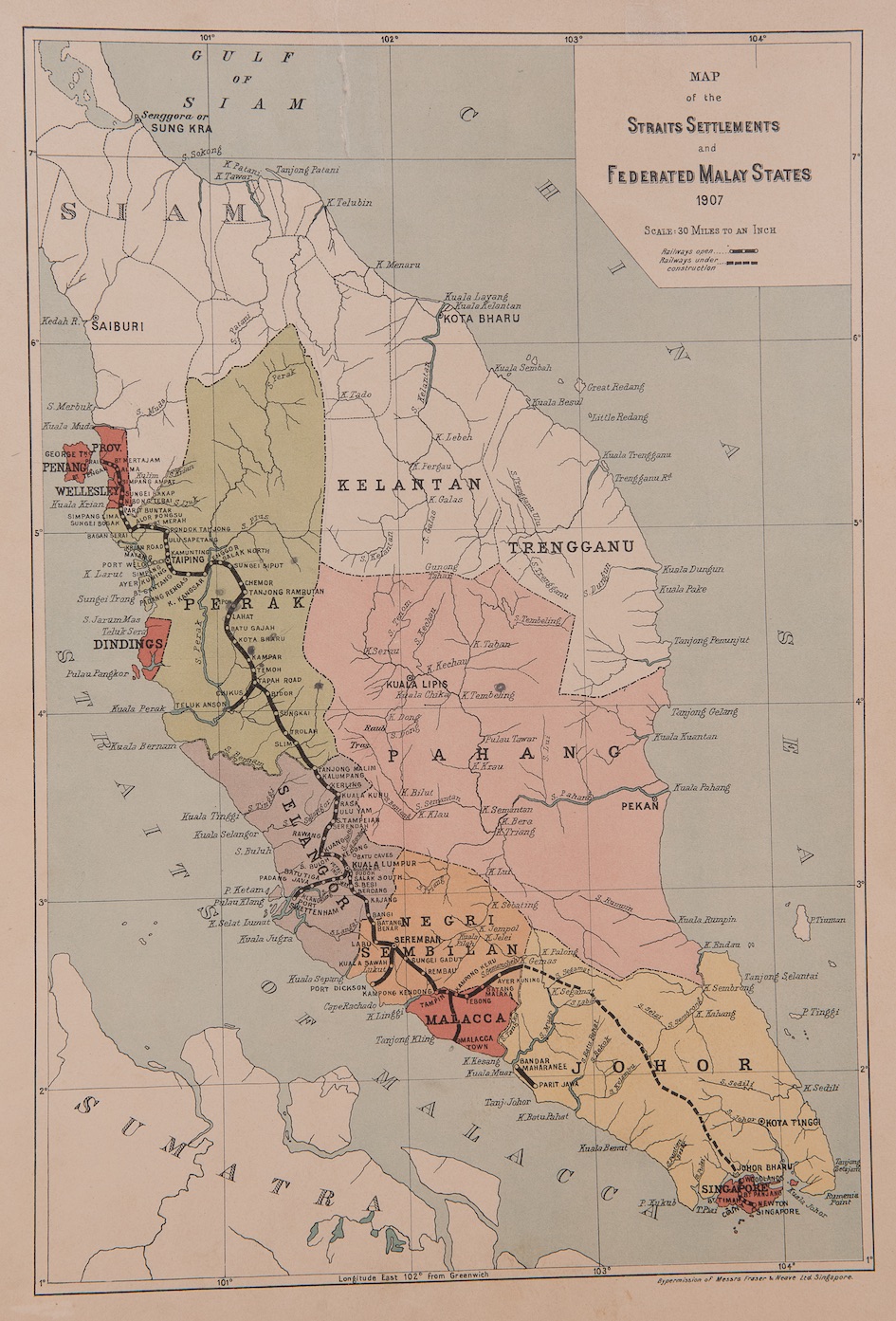 An early 20th century map of the Straits Settlements and the Federated Malay States compiled by the German Charles Kleingrothe who worked in Singapore in 1889 and in Indonesia from 1889 – c. 1925. The map was published by permission of Messer Frazer & Neave Ltd. of Singapore in 1907, the printing and later giant soft drinks and beer trading house based in Singapore. The map shows the four protected Federated Malay States consisting of Selangor, Perak,Negeri Sembilan and Pahang that were established by the British Government in 1895 which lasted until 1946, when they, together with two of the former Straits Settlements (Malacca and Penang) and the Unfederated Malay States, formed the Malay Union.. Two years later, the Union became the Federation of Malaya and finally Malaysia in 1963 with the inclusion of North Borneo (present-day Sabah), Sarawak and Singapore. Singapore became an independent state in 1965.