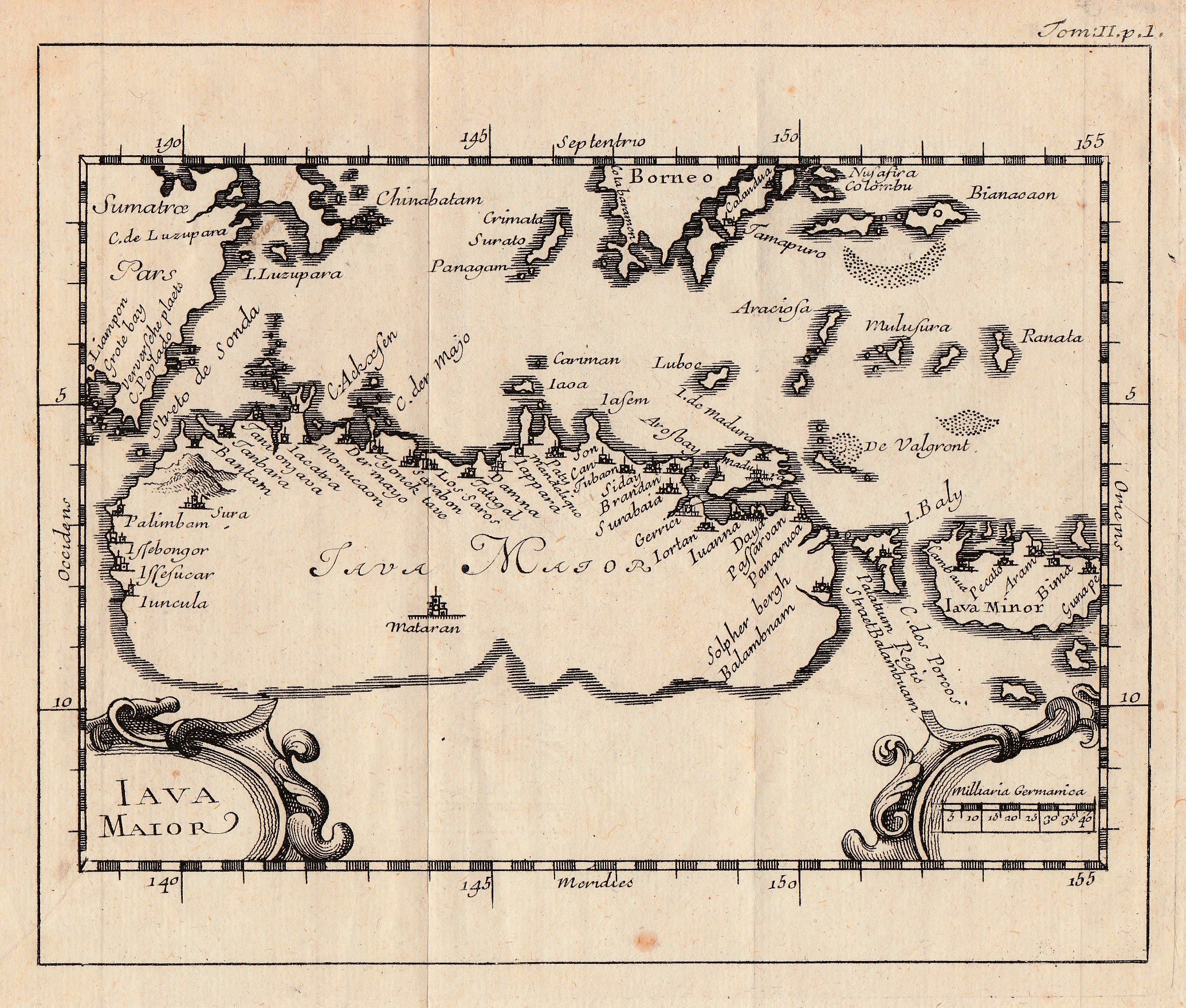 An attractive small black and white mid-18th century map of Java by Jacques Nicolas Bellin (1703-1772), who spent more than 50 years at the French Hydrographic Service where he was appointed the first Ingénieur hydrographe de la Marine and was commissioned to carry out new surveys, first of the coasts of France and then of all the known coasts of the world. Engraved by Jacob van der Schley (1715-1779) and published in A.F. Prévost’s Histoire générales des Voyages in Paris between 1747 and 1775. Although the map detail is derived from a similar map of Java published at Middleburg in 1598 in the first edition of the Map Treasury.by Barent Langenes following his account of Cornelis de Houtman’s expedition to the East Indies.