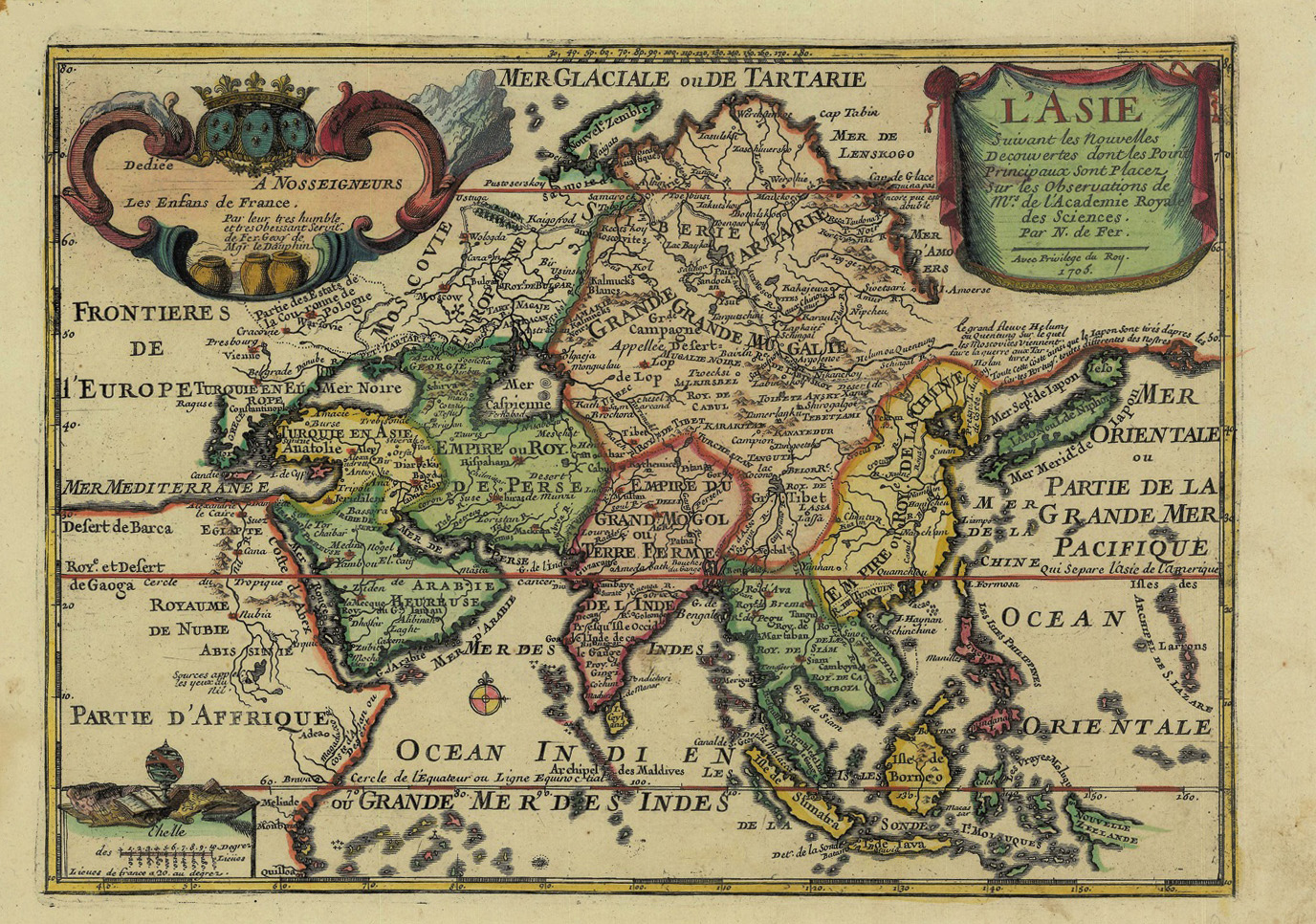 A very early 18th century map of Asia in modern colour by Nicolas de Fer ((1646-1720) published in his Atlas Curieux ou le monde between 1700 and 1705 – this map is dated 1705. De Fer issued more than 600 separate maps, including atlases, sheet maps and wall maps. It has been said that he aimed at quantity rather than quality but he gained a great reputation during his lifetime and, like Pierre du Val, was appointed Geographe du Roi. Ruderman notes that although the map is based primarily on Dutch sources, particularly the outlines of Siberia and the East Indies, de Fer uses Portuguese sources to depict a continuous land bridge extending from north Korea and eastern Siberia across to America – a portrayal unique to de Fer. The interior of the map is filled with details including what appears to be a road running from Moscow to Peking, the Great wall of China, a strangely shaped Caspian Sea, a misshapen India and a portion of the New Guinea coastline that is mistakenly called “Nouvelle Zeeland”.