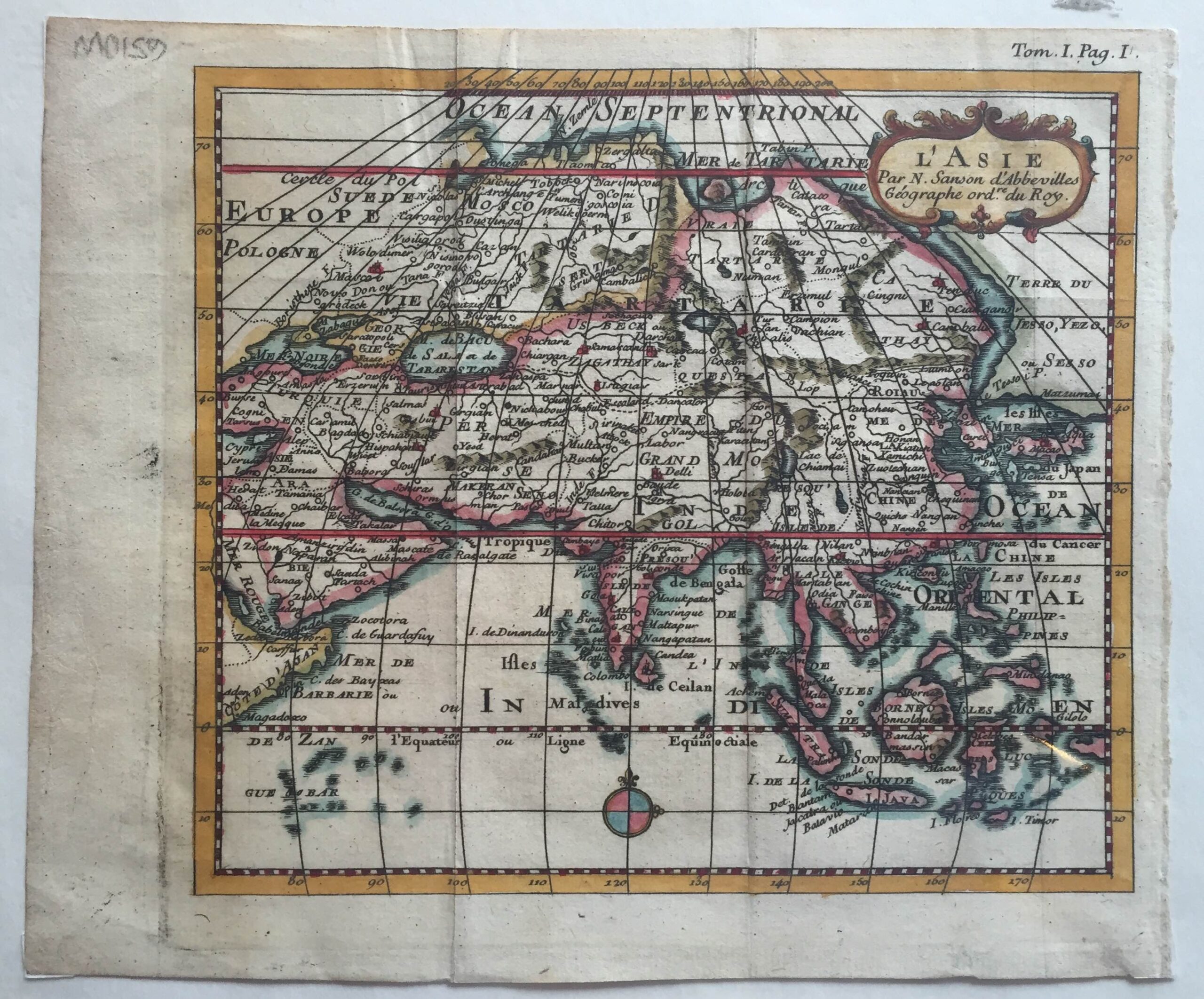 Antique Map of Asia by Sanson titled ‘L’Asie par N. Sanson d’ Abbevilles/Geographe ordre du Roy.’ An attractive and rare mid-17th century small map of Asia in original colour by Nicoles Sanson d’Abbeville (1600 -67), the father of French cartography who helped lay down the foundations of modern map making that saw France become one of the foremost cartographic nations in the world during much of the 17th and 18th centuries, eclipsing Dutch supremacy and competing fiercely with Great Britain. This map is probably from an edition of his Pocket Atlas of Asia that was published in 1652 or in an edition of the L’Asia en Plusieurs Cartes Nouvelles atlas published between 1648-83.