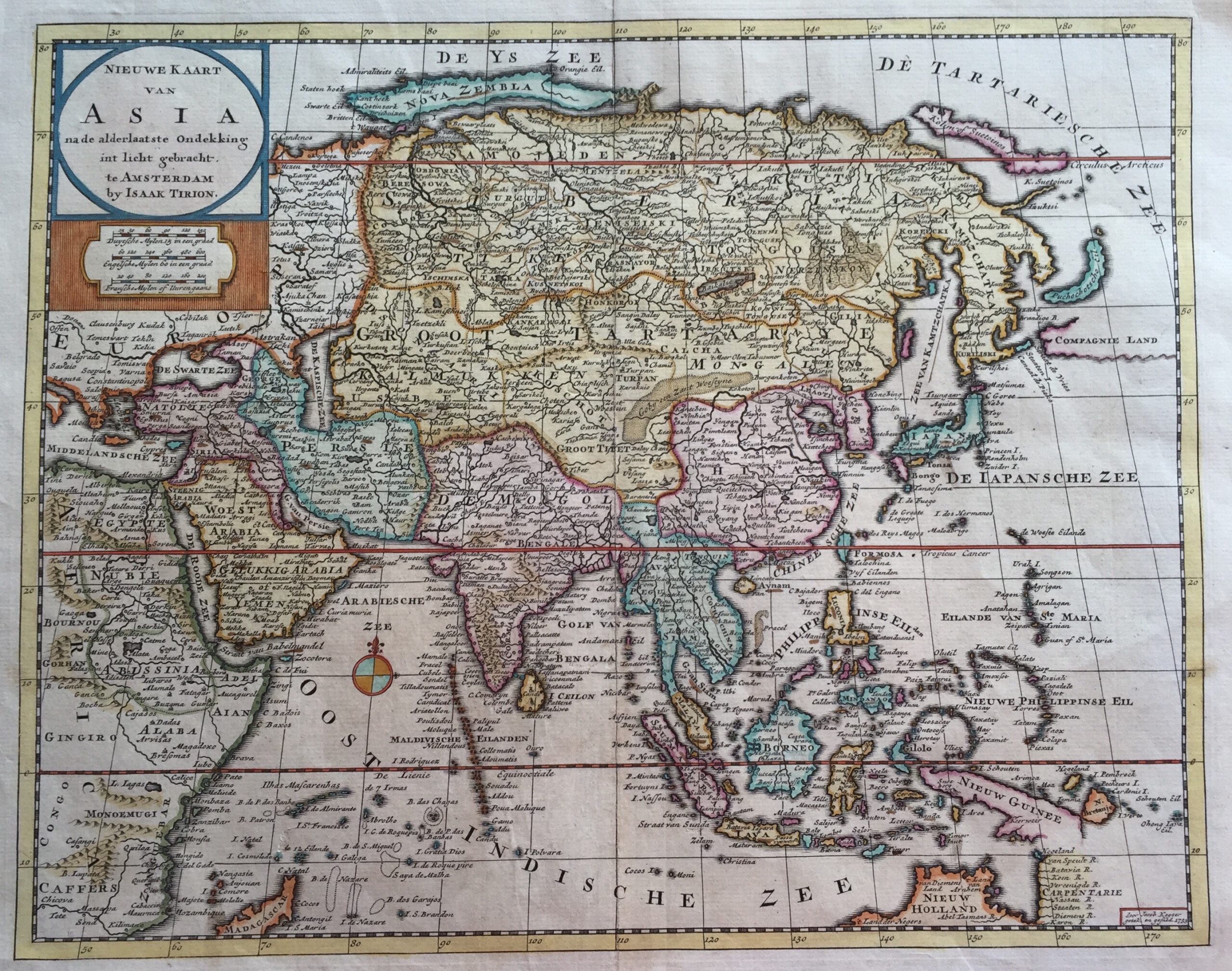 An early to mid-18th century Dutch map of Asia including the Middle East, the East coast of Africa and the East Indian Islands in modern colour engraved by JacobKeyser (Keizer) (fl. 1706-1750) in 1733 and published in an edition of Tirion’s Nieuwe en beknopte hand-atlas that was first published with 34 maps in 1740. Nocopy of the original has survived but a second edition appeared in 1744. Tirion was more of a bookseller and publisher than a geographer but he must have had access to a very competent cartographer as his maps excel in style and accuracy.