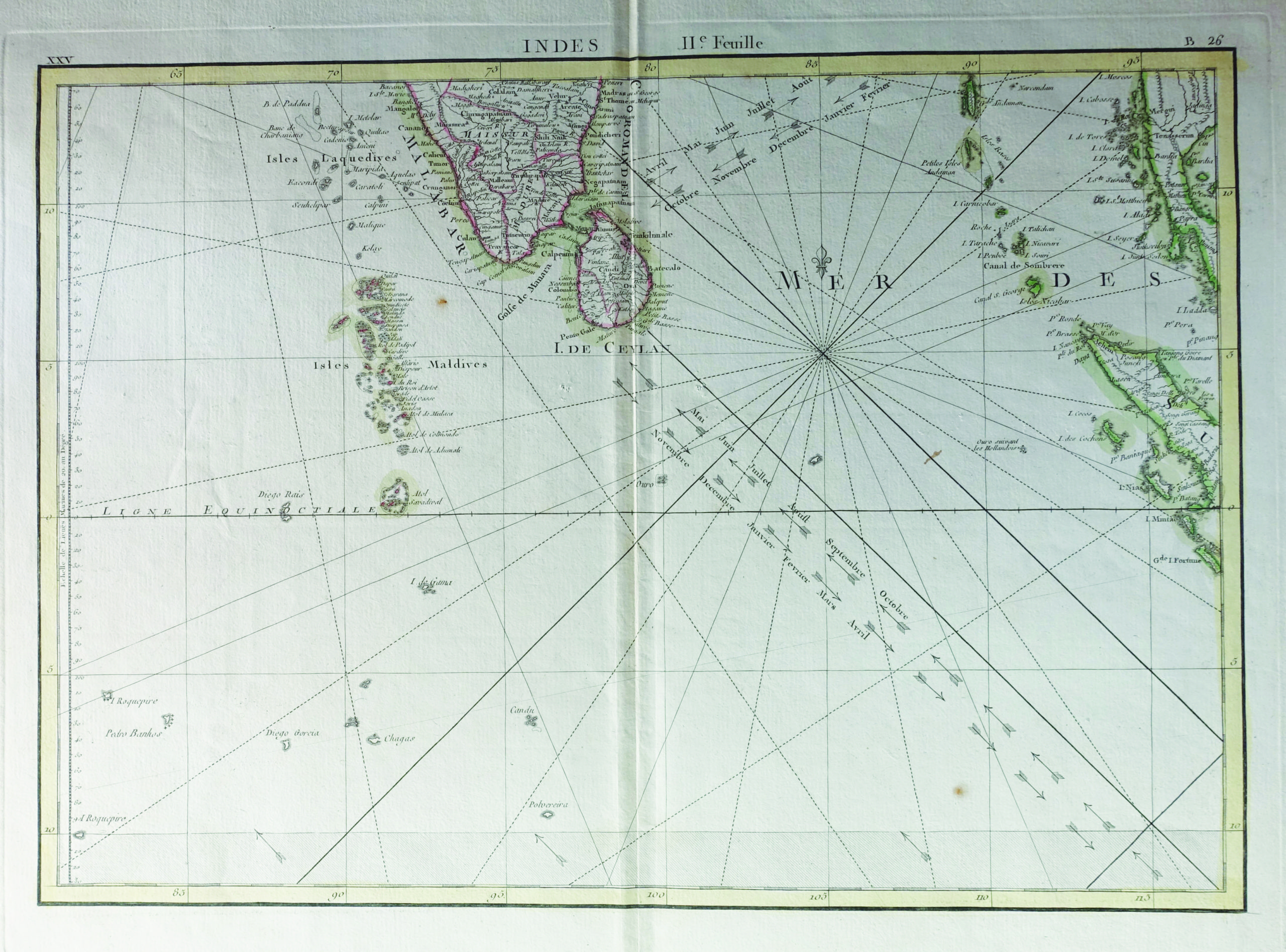 Antique map of Southern India titled ‘Indes IIe Feuille’. Attractive map of southern India, Sri Lanka, and the Maldives. Covers both the Malabar and Coromandel coasts as well as the Maldives, Ceylon (Sri Lanka), the Andaman Islands, and parts of Sumatra and Southeast Asia. Drawn by R. Bonne in 1770 for issue as plate no. B 26 in Jean Lattre’s 1776 issue of the ‘Atlas Moderne’.

Rigobert Bonne (October 6, 1727 – September 2, 1794) was one of the most important French cartographers of the late 18th century. Bonne was born in Ardennes à Raucourt, France. He taught himself mathematics and by eighteen was a working engineer. During the War of the Austrian Succession (1740 – 1748) he served as a military engineer at Berg-op-Zoom. It the subsequent years Bonne became one of the most respected masters of mathematics, physics, and geography in Paris. In 1773, Bonne succeeded Jacques-Nicolas Bellin as Royal Cartographer to France in the office of the Hydrographer at the Depôt de la Marine. Working in his official capacity, Bonne compiled some of the most detailed and accurate maps of the period – most on an equal-area projection known erroneously as the ‘Bonne Projection.’ Bonne’s work represents an important step in the evolution of the cartographic ideology away from the decorative work of the 17th and early 18th century towards a more scientific and practical aesthetic. While mostly focusing on coastal regions, the work of Bonne is highly regarded for its detail, historical importance, and overall aesthetic appeal. Bonne died of edema in 1794, but his son Charles-Marie Rigobert Bonne continued to publish his work well after his death.