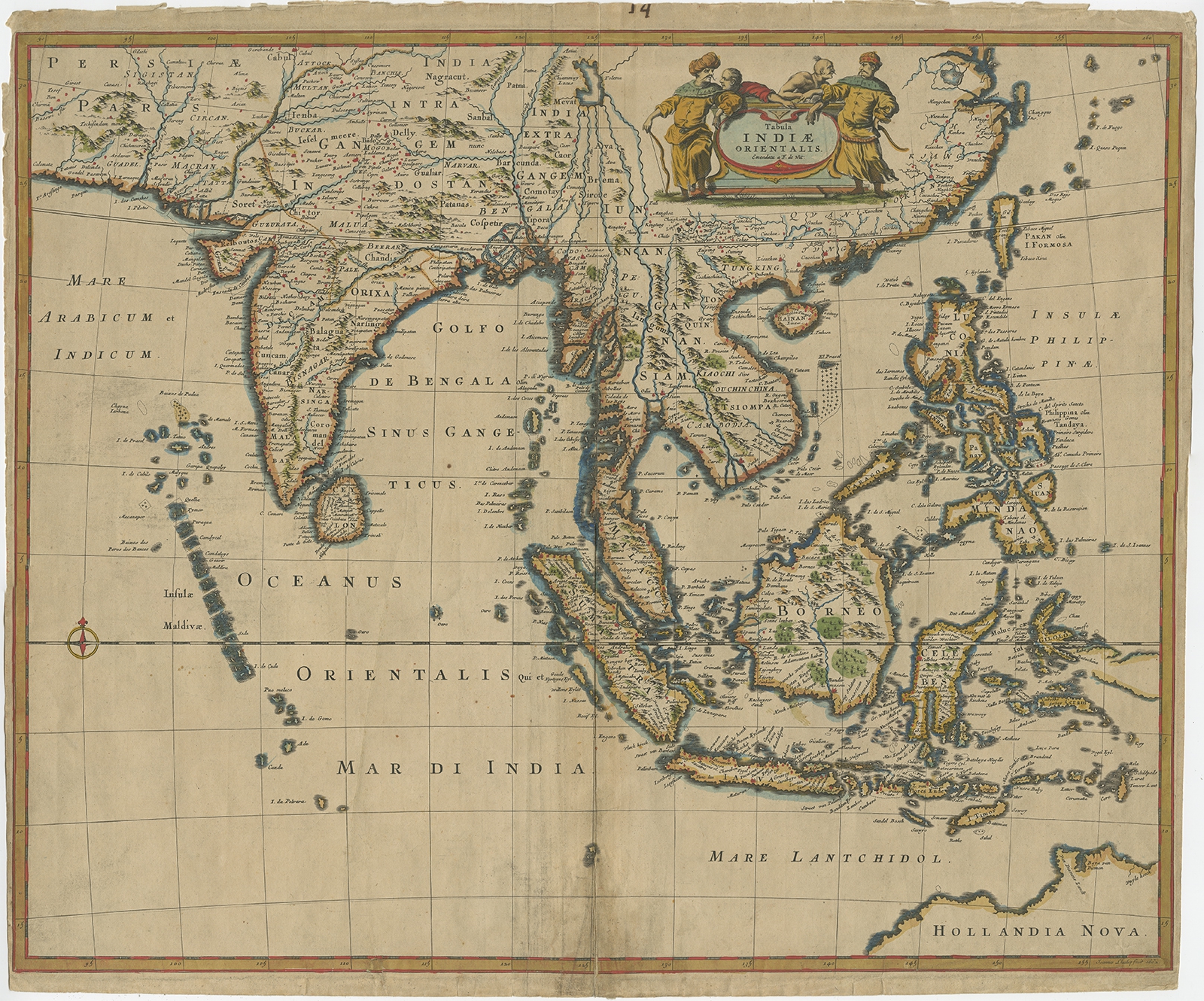 Artists and Engravers: Frederick de Wit (1629 ca.-1706) was a mapmaker and mapseller who was born in Gouda but who worked and died in Amsterdam. He moved to the city in 1648, where he opened a printing operation under the name of The Three Crabs; later, he changed the name of his shop to The White Chart. From the 1660s onward, he published atlases with a variety of maps; he is best known for these atlases and his Dutch town maps. After Frederik’s death in 1706, his wife Maria ran the shop for four years before selling it. Their son, Franciscus, was a stockfish merchant and had no interest in the map shop. At the auction to liquidate the de Wit stock, most of the plates went to Pieter Mortier, whose firm eventually became Covens & Mortier, one of the biggest cartography houses of the eighteenth century.