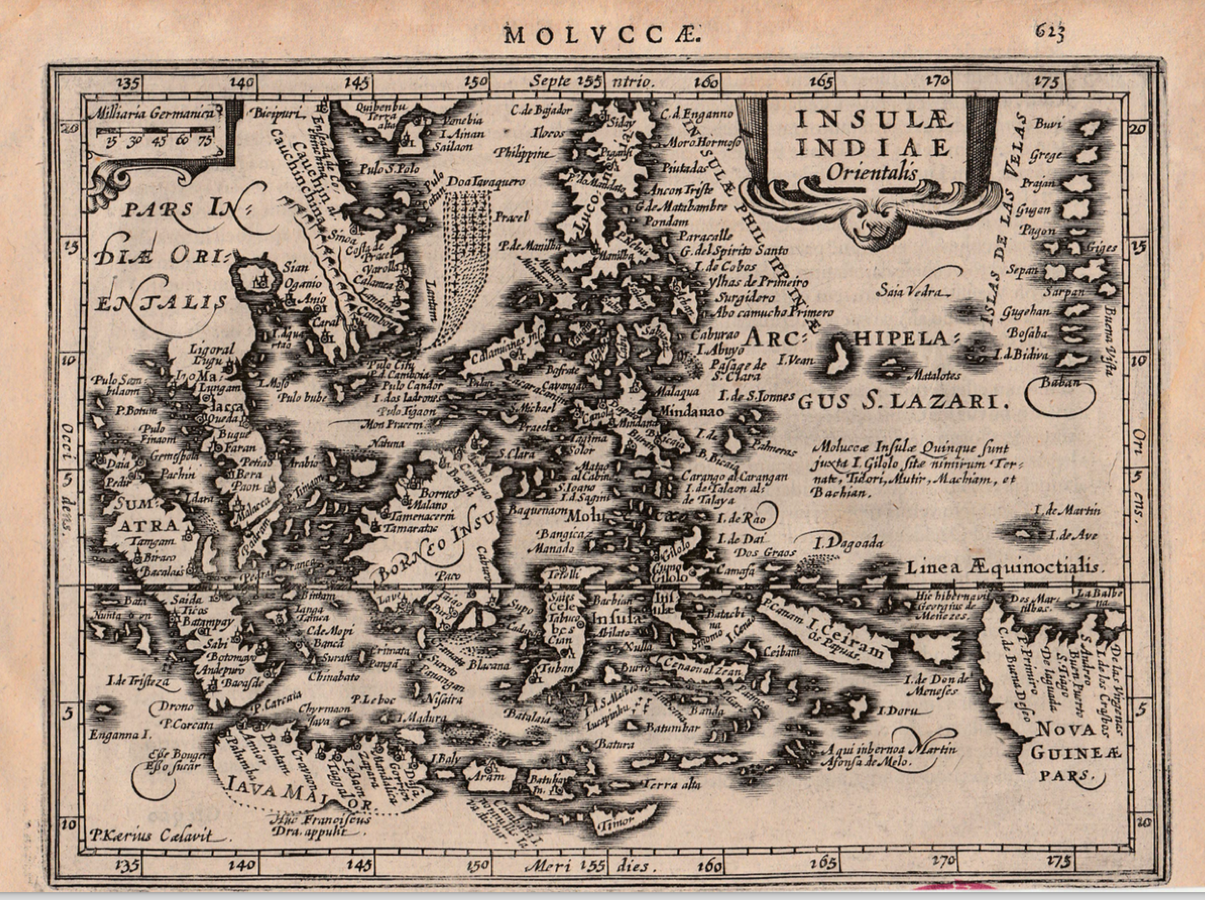 Antique Map of the East Indies by Janssonius – SOLD

Rare early 17th century miniature black and white map of South-east Asia and the East Indian Islands engraved by Pieter van de Keere (P. Kaerius Caelivit) and published in the 1628 Latin edition of Joannes Janssonius Atlas Minor, the first of a series of entirely new editions of the Atlas Minor with maps newly engraved by Van den Keere and A. Goos and with Latin text on the verso in two columns (MOLVCCAE page 623 and 624). The Atlas Minor was a single-volume miniature version of the splendid larger folio two-volume edition of the 1606 Mercator-Hondius Atlas, which was intended for the libraries of the wealthy and privileged. This small one-volume version was produced for the less affluent, emerging middle classes; further evidence of the popular interest at the turn of the 16th century in the expanding geography of the world and the exploits of the explorers and merchant adventurers.