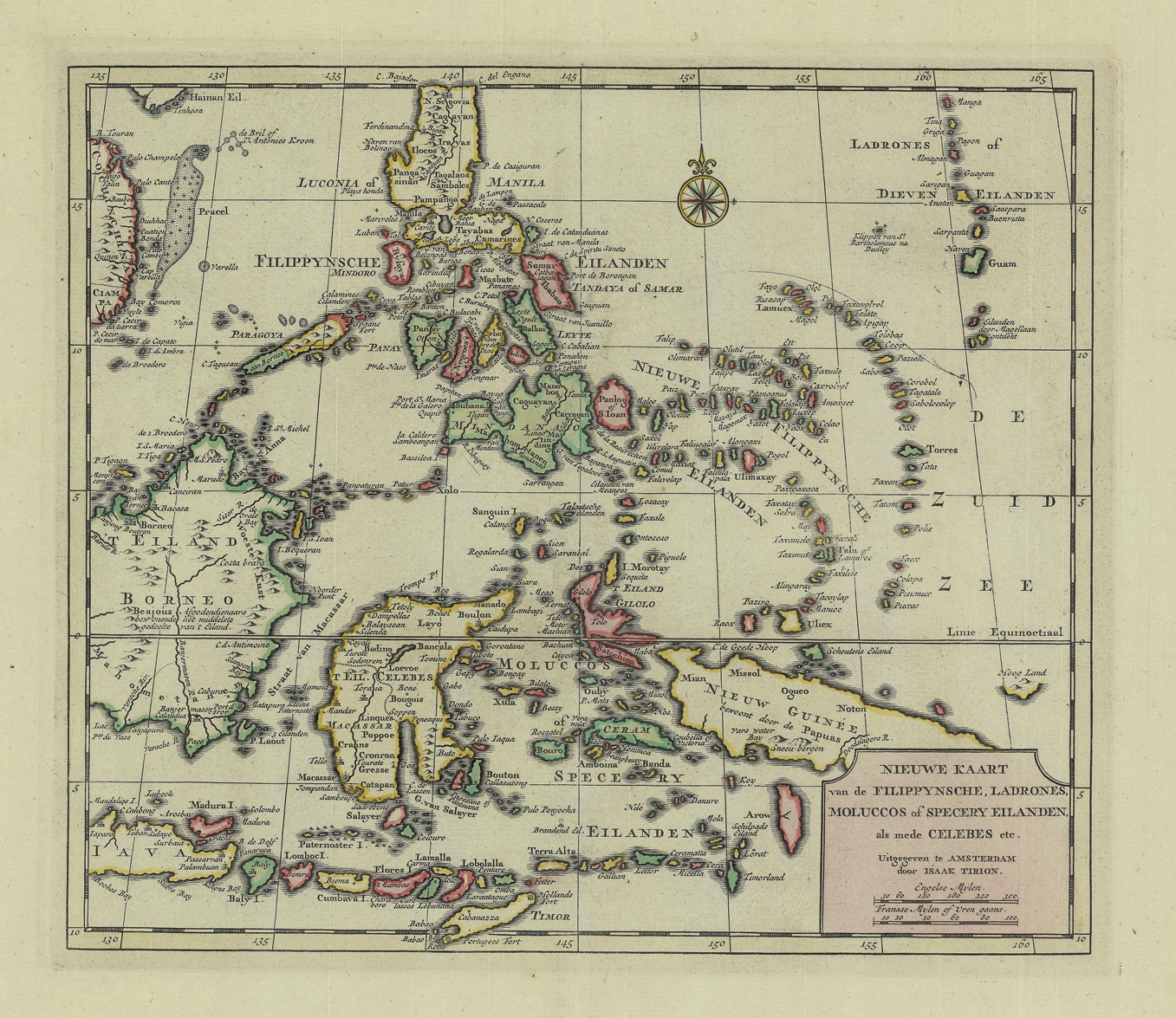 A very fine mid-18th century Dutch map showing most of Borneo Island and the eastern islands of Indonesia including the Moluccas by Isaak Tirion (1705-1765), one of the new Dutch map-publishers based in Amsterdam during the first half of the 18th century. It is doubtful if Tirion was the author or editor of the maps he published; he was more of a bookseller and publisher than a geographer and cartographer, but he must have had access to a very competent cartographer as his maps excel in style and accuracy. This map is from the second edition of his Nieuwe en beknopte hand-atlas published in 1744 (the first edition was published in 1740) containing 50 maps including this map and the map covering the western islands of the archipelago, Borneo, Java and Sumatra. The atlas went through six editions, the last being after 1784 and containing 112 maps.